Serious commotion has been the order of the day around some major markets in Douala, a business town in Cameroon’s Littoral Region orchestrated by the city council police chasing clandestine business persons and hawkers who according to them, violate council orders to display their goods even right on the main highway, National Telegraph has been told.

One of such markets linked to this act is the Marche de Rail located in the heart of Bonaberi, a precinct in Douala. Located along the main highways within the town, this market records one of the greatest number of hawkers, a majority of whom are now Anglophones displaced from the North West and South West regions of the country due to the ongoing crisis.

These IDPs have frequently clashed with council police who periodically surprised them, carting away some of their business items and taking them into custody, National Telegraph has been told.

On Friday March 22, 2019 at about noon, the council police made a surprise move to the market where they did not only make away with items but equally left some IDPs with injuries sustained in the course of the commotion.

Many have condemned this move from the council police who have failed to provide alternatives for the displaced people already in stress and beggary.

There’s an armed conflict in Cameroon’s two English-speaking regions of the North West and South West began that started in October 2016 as a disagreement in language but government mismanaged it, turning it into a demand by majority of Anglophones for a separate state called Ambazonia.

Gun battles have ensued and the government has been accused of numerous Human Rights violation, including targeted killings. Insecurity has increased and life is near hell in these two regions. In all these, business, transportation and other activities across the country have been greatly affected and many have been either internally or externally displaced. 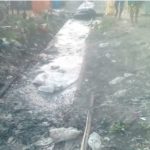 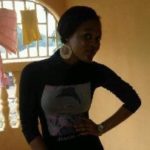 As you said, In Ambazonia, we will not tolerate such nonsense.

The present situation in southern Cameroon will soon generate to French Cameroon if the government there continues to be stubborn. The northern, eastern parts of the country have not yet get into full armed conflict. As the bulu regime continues to drag its legs in resolving the anglophone crisis, what’s going on in the east and northern part is not known to outside world. People are secretly transferring and liquidating their assets out of the country. The outcome is yet unknown.