Cameroon’s former Minister Delegate at the Presidency in charge of Defense, Edgard Alain Mebe Ngo’o has spent his night in Kondengui, a detention facility in the country’s capital, Yaoundé, local media organs have reported.

The Minister is amongst those who have been accused of embezzlement of public funds in line with transactions in the purchasing of military material from a French company named MagForce, a court document has shown.

Mebe Ngo’o was remanded, late Tuesday, March 5, 2019, after a Judge at the country’s Special Criminal Court in the capital reached the decision.

The former Defense boss was appointed Minister Delegate in charge of Defense at the Presidency of Cameroon on June 30, 2009, then moved on October 2, 2015, from Defense to the Ministry of Transport.

Colonel Mboutou was in charge of military affairs at the Cameroon Embassy in Morocco when on April 2016, he was arrested in Paris by French Police with a huge amount of money and extradited to Cameroon few weeks after he had been appointed Commander of the 3rd Military Section in Garoua.

Regarding Maxime Mbangue, he was in charge of the Treasury at the time when Mebe Ngo’o was Minister of Defense, National Telegraph has gathered.

Most of President Paul Biya’s former confidants summoned in the past in this similar manner have always been remanded to any of the country’s high-security detention ies. Most of them have decried the President’s action dubbing it politically motivated.

Reports say all above persons were since January 31, 2019, prohibited by the police from leaving the country, National Telegraph has learned. 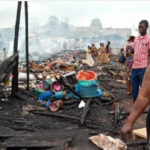 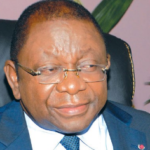 COVID-19 Concerns From A Cameroonian Jail That The World Must Know!