A former political prisoner who was held at Kondengui Central Prison, a detention facility in Cameroon’s capital, Yaoundé has rebuked Cameroon’s President, Paul Biya following a speech made Sunday, February 10, 2019.

President Paul Biya was making a traditional address to youth  which is usually done every February 10, eve of February 11 celebrated nationwide as Youth Day.

After listening to his speech, Agbor Balla, Cameroon’s finest and most popular Human Rights crusader, a former political prisoner who was held at the Kondengui detention facility for several months in relation to the Anglophone crisis has stated categorically that President Biya said nothing.

Agbor Balla said Biya really said nothing new in his speech. The youths need bold, radical and fundamental socio-economic changes, justice, peace and a new direction in the management of the country, Balla told National Telegraph.

The much talked about the youths as the future leaders of the country cosmetic and mere sloganeering. The president did not even mention the young men and women who have been killed in the crisis affecting the country, the hundreds of thousands internally displaced and those who are refugees, Balla lamented.

The international lawyer and former UN employee opined that the speech was more of a political ritual and grandstanding and had little or nothing to offer to the suffering youths in the Anglophone regions.

In his speech to the Cameroonian’s youth a day before February 11; Youth Day celebrations all over the country, the Head of State, Paul Biya, have said nothing about Youths affected by war in Anglophones regions, many other Cameroonians have added their voices to Balla’s.

Paul Biya told the Cameroonians youths that in 2018, (five hundred thousand) 500. 000 jobs have been created for them and for this year, at least 500. 000 others are planned, National Telegraph red. However, this hasn’t gone down with the youths who are crying day and night of unemployment.

According to the Head of State, access to vocational training will be improved and warned youths to avoid drinking alcohol, taking drugs and misusing social media. Paul Biya also congratulated all youths who took part in the 2018 presidential elections. 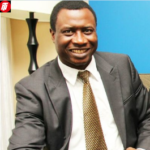 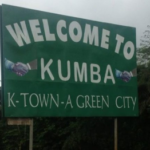 This’ An Excellent Example From Gambia’s Suspected Coronavirus Patients That The World Must Copy!

Funniest Google Search On Mayor Ekema After His Queer Death To Nirvana, Jahannam.

PaulBiya has just clearly showed that he is the most heartless of human beings. A so called leader who murdered his wife and wiped out any out who knew or saw the act. A leader who kills men of God with impunity . To me he has nothing to offer.
Its just a matter of time .Ambazonia must be free..

Biya is a murderer. He is dead inside already just the flesh it’s left. Heartless man. Wicked man

He is always the only audience to his own speeches. It is a total waste of time listening to Biya.

All he is out for is the blood of the youth.