A Cameroonian politician who served as Secretary General at the Presidency of the Republic of Cameroon and Minister of Public Health has written a letter to Paul Biya, 86, Cameroon’s President since 1982, on the ongoing Anglophone crisis, National Telegraph has gathered.

Titus Edzoa while addressing an open letter to Biya recently, said the Anglophone crisis is descending Cameroon into the hole. The Ex-Minister cited the historical background of the crisis, the escalation of violence, the consequences of the ongoing war before proposing a way forward.

Edzoa also expressed concerns over the change of name, referring to it as the maximal turning point of crisis, adding that the assimilation of Anglophones is another burning issue.

While making mention of the 1996 constitutional revision, Edzoa said the Anglophones felt humiliated, subdued adding that French Cameroonians occupied all major posts, making Anglophones not to have a feeling of belonging to the state.

The Lawyers and Teachers strike was legitimate, Edzoa opined and went ahead to decry the incompetence of the Biya regime that failed to handle the crisis with tact.

The untold repression of Anglophones (of the moderates who wanted nothing but a Federation) caused an outward spiral towards the Secessionist/Restoration Movement that continues to gain grounds to date, parts of the letter suggest.

The Ex-Minister has accused Biya of making cosmetic moves that have ended up in futility, adding that the Bilingualism Commission and its inability to solve the problem, the liberation of 289 detainees and cosmetic encounters with Internal and External stakeholders have only worsened the conflict.

While castigating the use of military force in solving the problem, the erstwhile Secretary-General noted has instead radicalized the populations, adding; the same action produces the same results.

According to him, over two hundred (200) soldiers and over five hundred (500) Anglophones have been killed in the most barbaric and dehumanizing manner. He also added that over Seventy-Five thousand (75,000) personals have been internally displaced and Thirty thousand (30,000) living as refugees in Nigeria and other countries.

The statement also expressed concerns over the burning down of many villages, the huge economic losses registered estimated at Two hundred and sixty- nine (269) billion, citing figures from GICAM. An estimated loss of 6 billion in state fiscal revenues has also been recorded, the letter states.

Over 8,000 jobs in enterprises, 6400 in Agro-industry have been lost leading to increased unemployment by 7% in the Cameroon Development Corporation (CDC), second largest employer after the state of Cameroon.

The letter says there has been an increase in misery, strife insecurity, fear, uncertainty and generalized instability that has caused deep pain in the hearts and minds of all and sundry.

The onetime prisoner says the electoral code is anti-democratic and legislative and municipal elections can’t be conducted in wartime and results from such election will only provoke more violence.

The letter also suggests that immediate dialogue presided at by President Paul Biya, including all stakeholders in the conflict with political parties, religious and civil society be called after which general amnesty should be granted to all prisoners

Minister Edzoa also extended the content of his letter to talking about debates on the Cameroon Electoral Code and also called on the President to release Professor Maurice Kamto, Chair of the Cameroon Renaissance Movement, Cameroon’s main opposition political party and all his party militants detained in various detention facility in Yaoundé, the nation’s capital. 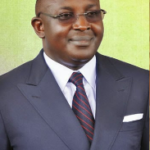 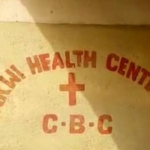 Biya knows one and only one thing and that is terror and savagery.

We are already in the process of showing him that nature always create the solution to whatever nonsense man comes up with. We are not even thinking of trying to entertain his nonsense, we are getting more
arms to defend ourselves.