The family of a Cameroonian female philanthropist who died a week ago has announced the date and place of her burial, National Telegraph has been told.

The family has decided to bury her in Yaoundé, Cameroon’s capital after due considerations, a family member said Thursday, February 21, 2019, citing security concerns.

Blessing Fanyu, 28, died at the Yaoundé General Hospital on Wednesday, February 13, 2019, and was due to be buried in her homeland of Njap in Donga Mantung one of the restive divisions of Cameroon’s embattled North West Region.

Family members have now settled on Yaoundé, citing insecurity, saying their decision is based on the armed conflict in the two English-speaking regions where Anglophone militias are battling the Cameroon army to restore the state of Southern Cameroons.

The corpse would be removed from the Yaoundé General Hospital Mortuary, Friday, March 1, 2019, followed by a wake at her residence in Simbock, a quarter in Yaoundé, one of the interment facilitators told National Telegraph.

Refreshment, our source went on, would be served at the residence of the family head at Tongolo, a in Yaoundé. Blessing Fanyu would be buried at a cemetery at Ancien Sixieme, Yaoundé, family says.

Friends of Blessing have already started a funeral fund drive, National Telegraph has been told. Relindis has been assigned to receive donations on Mobile Money through; 654045449, the funeral facilitator confirmed.

Konfor Ngebe Ignatius can be contacted on; +31684544665 for international transactions for friends and fans of Blessing. The facilitator also provided; NL17INGB0667282793 as the Bank Account for worldwide donations.

The Humanitarian, Hairdresser, Philanthropist, and Businesswoman from Njap Village in Nkambe, Donga Mantung died at the Yaoundé General Hospital after a brief illness leaving behind two children, her fiancé (father of her two children), family, friends, and fans to mourn her. 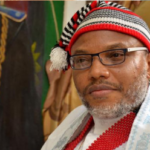 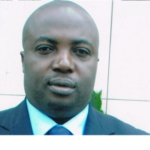