The film industry in Cameroon has buried one of its actors, National Telegraph has been told. Aaron Nkongho was buried at about 2 PM GMT, Saturday March 16, 2019 at his residence in Main Street, Mamfe, a town in Manyu, one of the Divisions of Cameroon’s South West, family sources say.

The Ekpe, a traditional group in the area also performed routine funeral rites, owing to the fact that the veteran actor was a member of the group and a the head of Main Street Quarter. Reports say in Mamfe Town, the head of a quarter is traditionally and administratively considered a Third Class Chief since Mamfe is classified a First Class Chiefdom.

Filmmakers in the area also paid tributes to the veteran, National Telegraph has been told. Reports say doctors at the Saint John of God Hospital, a Catholic health facility at New Layout, a quarter in Mamfe, capital of Manyu, confirmed Aaron Nkongho dead at about 4 AM Thursday, February 21, 2019.

Family sources say he collapsed on Tuesday, February 19, 2019, at his Main Street Mamfe residence before he was rushed to the Hospital where he was put on Oxygen until his death.

He went into a Coma and all attempts at resuscitating him failed, a medical source told National Telegraph citing the possibility of a cardiac arrest.

His corpse was preserved at the Mamfe District Hospital Mortuary before his burial. Aaron Nkongho is married with children. Until his death, he was Sub-Chief of Main Street Mamfe and also served as Manager of DATA Hotel, a popular hotel in Mamfe.

He’s remembered for his humility, jovial and hospitable qualities. He has featured in most Cameroonian movies especially Neglected Obligation, including starring with Nollywood’s Jim Iyke.

Considered as one of the finest and most dynamic in the film industry, Aaron would be mourned by family, friends and fans alike as well as the staff of DATA Hotel where he was praised as a Good Manager. 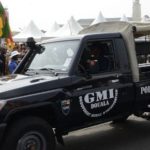 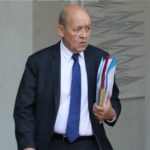