Another school has been attacked in Bamenda, the capital of Cameroon’s restive North West Region, school authorities have told National Telegraph.

All three had automatic pistols and shot in the air and told parents and students who arrived the campus and were being checked at the gate to lie on the ground, a parent on the scene noted.

Reports say the attackers stormed the campus at about 4 PM where some parents and students were beaten and their phones clutched.

PSS Mankon reports say officially reopened on Saturday February 16, 2019 and some parents were still bringing their children to school before they were intercepted by the postern.

The armed men came through the gate while parents brought their children to school and opened fire, a parent said but maintained that he can’t say if they were disguised military men or Ambazonian fighters.

Reports say all parents who brought in their children today, took them back home while those who were already on campus have remained indoors full of anxieties.

The proprietor of all Presbyterian schools in Cameroon, Rt. Rev. Fonki Samuel Forba who is the current Moderator of the Presbyterian Church in Cameroon nor any school authority is yet to make a statement on the attack.

Parents who spoke to National Telegraph blamed the government for denying to engage in dialogue with Anglophone Pro-independence fighters.

This is happening only hours after some kidnapped students of Saint Augustine’s College, a Catholic Secondary school in Kumbo were released, early Sunday February 17, 2019.

Alternative sources had reported nearly 300 students of St Augustine’s College Kumbo, Bui Division of the restive North West region of Cameroon were kidnapped but an official bulletin from the school upon their release states 170.

If the alternative reports were to be correct, the Kumbo incident is said outdid the 276 schoolgirls taken away from a school in Nigeria on the night of April 14, 2014, when a Government Secondary School in the town of Chibok, Borno State was invaded and two hundred and seventy-six (276) female students kidnapped from the school hostel.

In October 2018, 82 students were abducted from another Presbyterian Secondary School this time in Nkwen, Bamenda III Sub-division, the chief town of the conflict-hit North West region and released two days later at Nsem Bafut, another war-torn town, many kilometers away from where they were kidnapped.

Many are questioning how these huge number of students are being successfully taken out of schools to some unknown destinations without being spotted by security officers who are dotted everywhere in these areas.

The two English-speaking regions have been at war with Anglophone militias fighting pro-government soldiers to restore the Statehood of the former British Southern Cameroons now called Ambazonia.

Some Cameroonians blamed security forces for staging the abduction to give the pro-independence fighters a bad name, while others said the separatists (Amba Boys) are responsible since they called for school boycott. In the same light, government and separatists have all traded accusations. 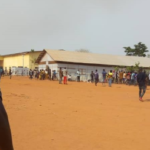 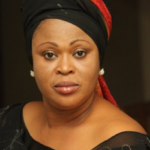