Home » Cameroon: Justice Chi Valentine Is In The UK Though On Viral Video Showing He’s Abducted.

National Telegraph can authoritatively state that Justice Chi Valentine Bumah, a Cameroonian judge has been spotted in UK, a source said, Monday July 15, 2019. Others say he has been seen in the UK, Sunday July 14, 2019.

There’s a video circulating of him held by a group of unidentified persons who appear to be speaking in French. Many have said they’re elements of the Cameroon Military.

National Telegraph has confirmed that he’s the person in the video but on-the-ground reports say he’s no more in their custody. We can’t independently verify how he managed to escape, but, it’s confirmed he’s in the UK.

Magistrate Chi is a strong supporter of justice and has been constantly regarded by the government as a sympathizer of the Ambazonia ideology. He’s an active State Prosecutor in Bamenda, capital of Cameroon’s North West Region.

The government of Cameroon has been targeting those regarded as supporters of Ambazonia. Many of such persons are abducted, jailed or killed in accidental discharges. In 2013, Justice Chi wrote on “The Right To Self-Determination In International Law.” 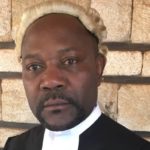 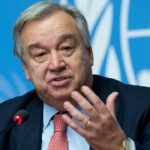