A kidnapped member of the regular 35-man team of lawyers defending Sisiku Ayuk Tabe Julius, leader of the Anglophone separatist movement and other members of his cabinet fondly called the Nera 10 detained in Yaounde, Cameroon’s capital, has been released, National Telegraph has been told.

Barrister Sang George was kidnapped by a group of unidentified men early Wednesday July 17, 2019 in his Gomgham residence in Bamenda, capital of Cameroon’s restive North West Region. Close sources have now confirmed he has been released early Thursday July 18, 2019.

Reports say he was picked up alongside his landlord. The government of Cameroon has been targeting those regarded as supporters of Ambazonia. Many of such persons are abducted, jailed or killed in accidental discharges, said a source.

Some quarters have alos pointed fingers at Ambazonia fighters saying they might be responsible for the act although they’ve refused any wrongdoing. Many quarters have however called for George’s immediate release, National Telegraph has learned. 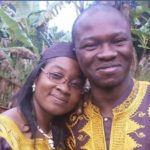