At least five persons have been arrested in an abandoned building in Montchio quarter in Mbouda in the West Region of the Central African country of Cameroon, National Telegraph can confirm.

The quintet was caught behind a maize farm smoking Indian Herbs, Monday, May 18, 2020. A woman is among the arrestees.

Law enforcement officials say after they smoke what they described as “hard drugs,” they turn to harass locals.

Indian Herb is one of the most highly regarded botanicals in the 5,000-year-old system of natural medicine known as Ayurveda.

Considered a rasayan (life extender), ashwagandha root is used with excellent results for overall vitality. But in Cameroon, it’s illegal to smoke it.

Prior to this incident, four alleged bandits were arrested by the same security forces in the same quarter with stolen items. 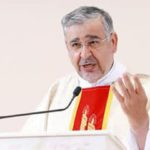 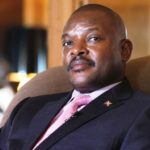