On Tuesday July 23, 2019, a military court in Cameroon’s capital, Yaounde adjourned the case of Sisiku Ayuk Tabe Julius, the President of the Interim Government of the Federal Republic of Ambazonia, an outlawed government fighting for the restoration of the statehood of the former British Cameroon and nine other members of his government to Monday July, 29, 2019.

Judges cited an incident that happened at the Kondengui Central Prison, a high security detention facility close to the Kondengui Principal Prison, another high security detention facility where Sisiku et alai are being held. There’s an uproar at the Central Prison in Yaounde, Cameroon’s capital where Ambazonia detainees were demanding for their release and an end of an armed conflict in the country’s North West and South West.

The lawyers have rejected the notice from the court adjourning the matter,citing some reasons. Below is a complete and unedited content of the lawyer sent to National Telegraph early, Thursday July 25, 2019.

RE: PROTEST AND OBJECTION AT THE LAST ILLEGAL RESCHEDULING IN THE

We the lawyers duly briefed and constituted by Sissiku Ayuk Tabe et al, in case No. OMJD No. 669 du 29/11/2018, write to register our STRONG PROTEST AND OBJECTIONS at the most recent rescheduling of the above mentioned case.

In effect, Madam President, you recall that by a simple notice, pasted at the entrance of the Court Hall in the Military Court in Yaoundé, we, and the rest of the Public, were informed of the rescheduling of all cases on the Cause List for July 23, 2019. We learned that all the cases, including the above mentioned case, had been rescheduled for July 29, 2019 – barely SIX DAYS out.

The first thing that struck us was the fact the rescheduling notice was signed by the Presiding Magistrate in the above mentioned case. The second thing was that the notice was pasted around 9a.m in the morning of the date of a scheduled hearing. The third and most striking thing was the reason given for the rescheduling. According to the Rescheduling Notice, the hearing was rescheduled because of the “indisponibilite des Detenus (unavailability of the Detained Persons)”.

Madame President, it is with deep regret and frustration that, against this background, we must register our protest and objection with the unprofessional breach of procedure and blatant disrespect of us lawyers, as officers of your Court, on the one hand, and of our Clients, who are constitutionally supposed to be shielded by the Presumption of Innocence. That is why we are issuing this letter of Protest and Objection. This is based on three principal reasons.

The First reason is that the Presiding Magistrate’s issue of the Rescheduling Notice was untimely and illegal. The reason the Court gave for the re-scheduling (unavailability of Detained Persons) was untimely because that information should have come from the Prosecution (Ministere Public) in open session for the Court to then take action after hearing from the Defense Counsel.

Instead the Court issued a rescheduling notice in total violation of its objective and neutral arbiter role. This untimeliness therefore makes the said Re-schedule notice illegal. This illegality is founded in the fact that the Presiding Magistrate never should have been privy to the information that he had in his neutral position as Presiding Judge. Furthermore, the fact that the Presiding Judge had this knowledge out of a formal hearing means that there is ex parte communication between the Bench and the Prosecution. This is an aberrant abuse of the rights of the Defense.

To further buttress the above point, we draw your attention to Section 342 of the CPC wherein the Presiding Magistrate, “who orders an adjournment, shall, in a LOUD VOICE, announce the reason thereof and the date for the next hearing”. Madam President, this pre-supposes a full hearing wherein the Judge rules. There is nowhere in the CPC authorizing a Presiding Magistrate to reschedule a hearing by mere “Notice” or “Communiqué”.

The Second reason for this protest and objection letter is the blatant abrogation of the Criminal Procedure Code – CPC. The CPC in its Section 341 provides that the Court has unfettered discretion only in TWO circumstances in matters of adjournments and rescheduling. First when the accused Person is absent and secondly at the instance of one of the Parties. The point is that the Accused Persons were not absent because the hearing did not hold and more importantly the Accused Persons are in the Custody of the Legal Department who failed to bring them to court.

Moreover, the Court did not allow an open public hearing wherein the Legal Department could disclose the reasons why the Accused Persons were not present. The Third reason is the unreasonable and unbearable cost that these illegal and unwarranted rescheduling of this instant case bring to bear on us, as lawyers, and on our Clients, as our employers.

It is common knowledge that we have about two hundred lawyers on this case. These lawyers leave mainly from the North West and South West Regions of Cameroon. This entails traveling to and from Yaoundé. Together with their other colleagues from Douala and Yaoundé, our team spends a total of five working days for a single hearing. In mathematical terms this means that each attorney puts in FORTY WORKING HOURS for each hearing.

In measurable terms, this means that forty hours multiplied by two hundred lawyers is EIGHT HUNDRED LAWYER HOURS. This number of hours multiplied by every pecuniary level of expertise comes up to hefty amounts of money spent by our clients for their defense. This means that the State of Cameroon, as represented by the Legal Department must at all times be conscious of this.

In the alternative, if the State were to pick up the tabs for this Defense team, it would have still been a heavy expense on the State of Cameroon. Either way, the illegal and unsubstantiated rescheduling in this case hurts us, our clients and the State of Cameroon. Madam President, it is inherently illogical and conflictual that the Appeal Court could rule against our Clients, in their absence, even though, they were in the custody of the Legal Department.

In the same vein, this same Court, presumably commenced hearings, wherein evidence was tendered by the Prosecution in the absence of our Clients and us – their lawyers, even though we had sufficiently given notice to the Court, in writing, applying for an adjournment with legitimate reasons, why our Clients could not be in Court. Today, even though our clients are still firmly in the custody of the Legal Department, they are declared “Indisponible -Unavailable”. This maliciously heaps unfounded blame on our Clients who were helplessly waiting in their Kondengui Prison Cells to be transported to Court.

Against this background of these grievances, therefore, Madam President, we are asking for the following:

That you take all legal and appropriate measures to correct these illegal rescheduling of the instant case;

That you take into consideration the cost of each hearing, as analyzed above, on our clients and the loss of valuable time by us, their lawyers, and consequently RESCHEDULE THE HEARING TO THE LAST WEEK OF AUGUST;

That subsequently we are asking that all adjournments in this case be done at least on a monthly basis.

In conclusion Madam President, we pray you to accept our very confraternal regards for fairness, consistency for the sake of Justice in this CASE.

By delegation and on behalf of the Defense Team.

The Director of Military Justice Yaounde

The Minister of Defense 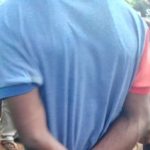 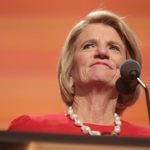