Cameroon’s 53rd  National Youth Day celebration in its English-speaking regions has been frustrated by insecurity, National Telegraph has been told. The North West and South West regions have been buried in an armed conflict since 2016, leading to severe uncertainty, a local said.

In Bamenda, chief town of the North West Region, all Subdivisional ceremonial grounds were either completely closed or very sparsely represnted, but for the Commercial Avenue, a ceremonial ground in Bamenda I Sub-division, where 18 students of Government Bilingual High School GBHS Nkwen marched, alongside few others from CENAJES Bamenda, the ruling CPDM party supporters and University of Bamenda () in an exercise that lasted twelve (12) minutes.

The unusually short event according to National Telegraph’s Bamenda Stringer took place under the watchful eyes of a visibly disturbed Governor; Adolph Lele l’Afrique of the  North West who was heavily guarded by soldiers.

It was a nonevent in other conflict-stricken towns like Kumbo in the Bui Divsion, Batibo in the Momo, Belo in Boyo, Wum in Menchum, Ndop in the Ngoketunjia, Ndu in Donga Mantung and more, where National Telegraph learned, not even a soul turn out for the event, condemned by armed groups pushing to restore the statehood of the former British Southern Cameroons. However, in Nkambe, one of the North West towns, an impressive crowd turned out.

In another restive region, the South West, celebrations were marred by tension and violent scenes like the case of the city of Kumba in Meme Division where the district hospital was torched in an incident that has been described as tragic that left four persons dead and vehicles reduced to ashes, allegedly by soldiers who claim the health unit, treats wounded armed individuals fighting for the restoration of the statehood of former British Southern Cameroons.

In Buea, the Governor of the South West Region, Bernard Okalia Bilai and the Mayor for Buea; Ekema Patrick  reportedly released detainees from the Buea Central Prison posed as students at the event that was boycotted by the local population. Heavily guarded vehicles also ferried youths from other parts of the French-speaking regions to add to the number of prisoners and some CPDM militants.

Just like the North West,  the February 11 celebration was a nonevent in many towns and cities across the region; notably Muyuka in Fako Division,  Kumba in Meme, Mamfe in Manyu, Tombel in Kupe Muanenguba, Fontem in Lebialem, and  Mundemba in the Ndian Division.

The failed National Youth Day celebration in the in the English-speaking regions of Cameroon, a sharp contrast to what obtained in French-speaking regions, has been blamed on a lockdown the Interim Government (IG) an outlawed government piloting a Revolution against the Cameroon Government from abroad had imposed on the conflict-hit regions.

They declared a lockdown of the territory from February 5 to 14, 2019 to frustrate attempts to commemorate the Youth Day in the English-speaking regions and to prove to the regime in place that they control the area. Activities have remained grounded since February 5, as the people respected the calls and stayed indoors.

Major calendars have been readjusted by the local population to fit within the lockdown period.  One of such institutions is the University of Buea, whose Vice-Chancellor moved the exams timetable initially scheduled for Wednesday, February 13, 2019, to Wednesday, February 20, 2019. 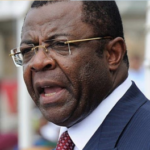 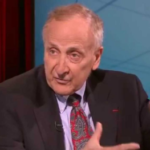 Yes, power is in the hands of Ambazonians.

Wow so interesting news side it is really inspiring thank you