The Cameroon military has attacked another health care facility after one other was set ablaze in Kumba, a restive town in Cameroon’s South West Region, locals have told National Telegraph.

“It’s terrible, government soldiers came into the Staff Quarter of the Hospital and shot many times. Thank God the Health Care workers were protected only by God” a message from a victim reads.

The soldiers are said to have shot indiscriminately at the Hospital, destroying the walls, windows and other valuables including a computer that processes and stores medical data.

National Telegraph was told they were targeting Pro-Independence fighters for execution. They attacked the Hospital on grounds that it’s treating wounded Amba Boys, a source said.

The military has constantly attacked health care facilities, including ambulances transporting patients in the ef that they would be blocking medical aid to Ambazonian fighters.

The Cameroon military was just recently accused of torching the Kumba District Hospital an infirmary in Kumba, a war-torn town in Cameroon’s restive South West Region, in which four persons were burnt alive including vehicles.

Cameroon’s Communication Minister, René Emmanuel Sadi has denied the allegation, blaming it on Pro-Independence fighters. However, the Interim Government (IG), an outlawed government piloting a Revolution for the Restoration of the statehood of British Cameroon now called Ambazonia has insisted that government soldiers committed the act.

Others have noted that the military had burnt down another hospital in Konye, a not-too-far restive town from Kumba. Some patients were also burnt alive in the Konye incident, they told National Telegraph.

This isn’t the first time the military is burning down medical installations, Fidelis Ambe, a native from Bafut, a town in North West Cameroon said on a Live Facebook Show, adding that the military just recently burnt down the hospital in his homeland of Bafut.

There have been reports of soldiers shooting and killing even medical personnel. The military has committed grievous Human Rights abuses on a Health Workers, locals have told National Telegraph. Just recently, a nurse was intercepted by elements of the Cameroon Military, identified as a , shot, attached to a bomb before he was detonated.

The military has continued uninterruptedly in contravening any warfare condition, killing medics, women, and children, physically challenged persons as well as Religious. The military has killed many healthcare workers including priests and missionaries from America, Ghana, Kenya. 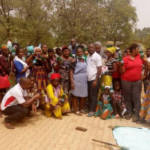 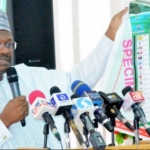 Have the government ever accepted any accusations one day? But when proverned they will start to say yes! No body will go unpunished! However, every beginning has an End!!! Is the end matters.