Elements of the Cameroon military have blocked access to health care and First Aid after four unarmed civilians were shot to death and many others wounded at Mbiago, usually called Mbingo II, a quarter less than a kilometer away from the Mbingo Baptist Hospital in Fundong Sub-Division, Boyo Division, in Cameroon’s restive North West Region.

Eyewitnesses say although the four died on spot and many others who sustained huge injuries remain in critical conditions, the military made sure access to any emergency treatment was blocked in case any of them had a chance of surviving, adding that it was practically impossible to take any of the injured to the hospital that was visibly surrounded by soldiers ready to shoot at any approaching civilian.

An on-the-spot stringer says the attacks at Mbiago started at about 2 AM, Monday April 1, 2019, adding that of the four already killed, two are men and two extremely vulnerable women. The number of deaths is expected to rise giving that hospital activities have been paralyzed by heavy military presence, adds the source.

The military is said to be targeting Pro-Independence fighters for execution. They attacked hospitals on grounds wounded Amba Boys are treated there but in the process intentionally kill health care providers and block treatment from innocent children and women including pregnant women and newbies, a source said.

The military has remained consistent in its attacks on hospitals or in blocking access to hospital from war victims. Just on Sunday March, 31, the military torched parts of the Muyuka District Hospital, a restive area in the country’s South West.

According to a source, the entire health facility of the Afap Intergrated Health Center in Manyu Division in the country’s South West, especially; the Labour Room, Maternity, Pre-natal Clinic, Minor Dressing Room, Pharmacy, offices were brutally attacked and ramshackle by elements of the Cameroon Military, Friday March 21, 2019.

The Finkwi Health Centre of the Cameroon Baptist Convention in Finkwi, a quarter in Babungo village under Babessi Sub-division in Ngoketunjia Division of the North West Region was on Monday, February 18, 2019, attacked by the military.

At about 1 AM Monday, February 11, 2019, according to sources, a group of soldiers stormed the Kumba District Hospital in Cameroon’s South West and torched most structures within the Hospital. The Theatre, Female Surgical, Nurses’ Quarters and other areas within the Hospital were burnt down. Four persons were also burnt alive including vehicles.

A Baptist Health Center in Bangolan, a restive town still in Ngoketunjia was also attacked. According to eyewitnesses, soldiers stormed the hospital at about 10 PM, Wednesday, February 13, 2019, fired several shots, destroying some valuables, causing great trauma to patients and health care personnel.

The soldiers are said to have shot indiscriminately at the Hospital, destroying the walls, windows and other valuables including a computer that processes and stores medical data. Hospitals in Konye in Meme, Kendem in Manyu all divisions in the South West among many others have also been attacked.

An armed conflict is ongoing in the two English-speaking regions of Cameroon in which majority of its residents want a new state called Ambazonia. Armed groups have emerged, battling regular Cameroon military. Angered by this, the military has been pouring its frustration on the local population, killing many unarmed civilians, torching whole villages and attacking hospitals and churches. 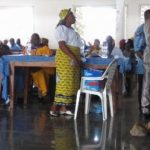 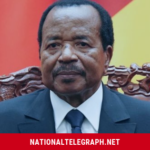