An element of the Cameroon Army has been brutally killed in , a village in Limbe II Subdivision, Fako Division of Cameroon’s South West Region early Monday, February 4, 2019, locals have said.

Over 50 unknown gunmen divided into separate groups invaded the village, simultaneously searching every corner before ransacking the residence of the soldier, killing him and setting his car ablaze, National Telegraph has been told.

In the course of the raids, a Senior Warrant Officer, Mbonde Emmanuel in his mid-fifties of the Limbe Naval Base who’s due retirement in two years was brutally murdered, National Telegraph has confirmed.

Several villagers were captured and later release but a youth, Mark Ngomba Ekoko is still being held in captivity, sources have said. In the meantime, the corpse of the murdered soldier has been preserved at the Limbe Regional Hospital Mortuary awaiting committal.

Elsewhere, in Bamenda, the capital city of Cameroon’s North West Region, thunderous gunshots have been heard. A city dweller who wrote to National Telegraph from the confines of his house said the entire city is shut down owing to ear-piercing gunshots from Mulang Street, a popular area below a government-run Bilingual school; Government Bilingual High School (GBHS) Bamenda.

In Buea, capital of Cameroon’s South West Region, gunshots emanated from Miles 17, 16, Muea and around the University of Buea Junction at about 12:30 AM, Monday, February 4, 2019. Early morning, soldiers were spotted being stationed on the third floor of Jamrock, a popular drinking spot around MTN Molyko.

The same situation of soldiers on building tops is being reported on an uncompleted building at the University Junction, depicting a clear war atmosphere. The residence of Dr. Hannah Ngoto Etonde née
Mbua, Regional Delegate of Secondary Education for South West was attacked and her service car set ablaze, National Telegraph had reported.

Insecurity has greatly increased in the two English-speaking regions of Cameroon with Anglophone armed groups fighting for the Restoration of the statehood of the former British Southern Cameroons fondly called Ambazonia. 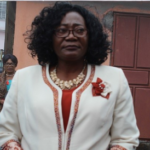 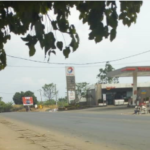