Cameroon military has committed a grievous Human Rights Abuse on a Health Worker, an eyewitness has described. According to locals, a nurse was intercepted by elements of the Cameroon Military, identified as nurse, shot, attached to a bomb before he was detonated.

According to information National Telegraph obtained from the victim’s I’d, his name has been stated as Gilbert Saber born on July 3, and his profession clearly stated as “NURSE”. Eyewitnesses told National Telegraph he had his I’d on him when the military shot at him.

Another source lamented that the Nurse even had some hospital materials with him, adding that the soldiers had looked at his profession before setting the bomb that shattered his entire physique. I’ve never seen such a barbarous act; an eyewitness has told National Telegraph.

Soldiers who were reportedly shooting indiscriminately, also burnt down ten houses in Tadu. Our source specifies eight (8) were burnt down at Kidzem and two at Hausa Quarter all quarters in Tadu village. In another residence, foodstuffs, including plantains were destroyed. The soldiers were later spotted across Government Primary School, Tadu where they shattered the wind and screens of a stationed vehicle.

Gilbert, 42, is only one of many health workers killed in the past since the beginning of an armed conflict that has engulfed Cameroon’s English-speaking regions of the North West and South West where Anglophone minorities in Cameroon are fighting against the regime of President Paul Biya for the restoration of the Independence of the statehood of the former British Cameroons.

Prior to the Gilbert incident, a pregnant nurse was shot dead by Cameroon soldiers still in Kumbo, Friday, January 18, 2019, locals say. Soldiers loyal to President Paul Biya shot and killed the pregnant nurse at close range, eyewitnesses have told Telegraph.   was buried only about a fortnight ago before this other health worker is killed.

Thousands are languishing in deplorable detention facilities while hundreds of villages have been burnt down and over a million refugees registered in Nigeria and other parts of the World with many more also reportedly internally displaced. Only recently, Allegra Baiocchi, United Nations Resident and Humanitarian Coordinator for Cameroon declared; “Cameroon today can no longer be a forgotten crisis; it needs to be high on our agenda.” 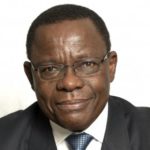 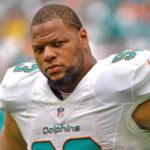 This is the result of the wickedness of some western nations and institutions. No matter what, we are
not giving up, not today, never. Ambazonia belongs to Ambazonians.

Such barbarism does not scare us at all for freedom, liberty is so precious, so secret that it stands above everything.

The almighty creator that created us is and has always stood by our side time eternal. We call on the blood of our fallen heroes, we ask them for more strength.

The fight continues, no turning back no matter what.