A total of four (4) unarmed civilians are now confirmed dead after elements of the Cameroon military brutally murdered them following a raid in a farming settlement in the country’s South West Region.

Composed of at least a dozen military personnel, they fire simultaneously, at the quartet, a source in Okoyong in Mamfe Sub-division, Manyu Division, the exact area where the incident took place has told National Telegraph.

The victims had just arrived Okoyong from the North West Region to do some work before the incident happened, locals have confirmed.

The young men all had their Identification papers with them but were first caught and shot on their legs, National Telegraph first learned at 11:41 +1 GMT, Tuesday, March 31, 2020.

A source said they’re all innocent, adding he expected the military to take the arrestees into custody after shooting their legs. “With impunity, they went on to shoot and finish them off,” said a local.

The Central African country has been battling to contain an armed conflict in its North West and South West now in its third year. The military has been accused of many atrocities, including civilians garroted with wire.

Sisiku Ayuk Tabe Julius, referred to as President of Ambazonia, the new state rebels are battling to establish declared the Restoration of Independence for these regions in 2017.

At least, 14000 people have so far been killed in battles and military raids with over 500 villages burnt down. Thousands are held across various detention facilities, including Ayuk Tabe and nine others sentenced for life. Over two million are displaced as refugees and IDPs. 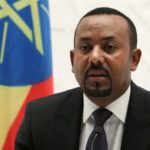 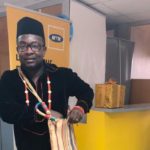