The population of Etam, a village in Cameroon’s restive South West Region, has accused the Cameroon military of turning their precinct into a “firing squad”.

Usually, a group of soldiers is detailed to shoot a condemned person but what I saw in Etam is more than a “firing squad”, an on-the-spot eyewitness has told National Telegraph, lamenting it’s unacceptable the type of military brutality meted on innocent civilians.

Multiple testimonies from the area say soldiers invaded the village, Saturday, November 30, 2019, arrested dozens of civilians; women, children, and men. These individuals were molested, threatened to be killed like animals in the gallows.

Victims told National Telegraph from their havens the soldiers ransacked their bags, seized their phones, money and other goods and chattels before disrupting a better part of market activities since it was Etam Market Day that usually holds at Quarter Four, after Catholic School Field Etam.

Nkwetatebah Zacheaus and one of his friends were killed by the military in a manner described by locals as most brutal. Reports say the duo were going about their activities in the village since it was a market day before the military brutally killed them.

Zacheaus leaves behind a wife, his 21-month old baby and a bright future cut short by a senseless military that preys on innocent youths right in their own villages, a source lamented to National Telegraph.

These deaths are just a few of the over thirteen thousand innocent civilians already killed by the Cameroon military since the advent of armed conflict in the country’s two English-speaking regions. 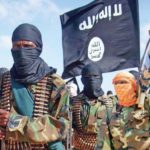 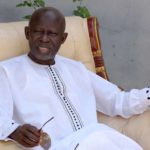