A widow and one of her children have been shot and killed after elements of the Cameroon Army fired at a funeral convoy along the Batibo/Mamfe stretch of road, in the country’s North West Region, Saturday, February 2, 2019, mourners have said.

Egrie Cynthia and her daughter were on board one of the vehicles in a convoy before they were shot at point-blank at a Touristic Spot in Tiben near Widikum en route to Eka, the where Cynthia’s husband has been buried.

Family sources say Richard, the deceased said to be Principal of Government High School Konda, a government-run college in Njikwa in Momo Division still in the country’s North West died last week and was being transported for burial.

A third family member has also died from multiple gunshot wounds, family members said. Egrie Hans, kid brother to the deceased who was shot on the scene and rushed to Regional Hospital, a state-run hospital in Bamenda, North West’s capital also died.

Survivors who escaped the gunshots told National Telegraph on a phone call conversation that an armed group in the passageway had stopped the hearse and other vehicles in the funeral cavalcade to carry out routine checks done by Anglophone militias since the beginning of an armed conflict.

Eyewitnesses say the armed group was done with the checks and as it moved away, soldiers arrived and started shooting indiscriminately despite noticing it was a funeral convoy.

The deceased, National Telegraph is told has been buried in his hometown of Eka. The other three family members have been preserved at the Bamenda Regional Hospital Morgue pending burial arrangement.

Anglophone minorities in Cameroon have been fighting against Paul Biya’s regime for the restoration of the Independence of a new country; Southern Cameroons aka Ambazonia. Since the Restoration campaign started, militias have emerged in almost every sweep of the North West and South West Regions.

Increased insecurity with Cameroon military often accused of the use of excessive force, indiscriminate killing of civilians as vengeance on the armed groups is being reported in most parts of the warring regions. Reports say killing of unarmed civilians is now a military routine. 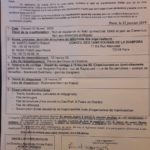 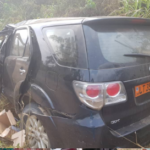