24-year-old Genevieve Agwa has died after she was knocked down by an on rushing military vehicle, late Sunday November 17, 2019, National Telegraph has confirmed.

Agwa was knocked down at Sosoliso, a precinct in Buea, capital city of Cameroon’s restive South West Region, eyewitnesses have said.

The military vehicle crushed the lady and continued moving without stopping to check or offer aid to its victim, sources lament, describing the act as callous from government soldiers expected to protect the population.

This isn’t the first time a military vehicle is killing and abandoning its victim in Buea. In October of 2017, a military truck killed a student around the Molyko Police Station.

A final year University of Buea Law student, Nora Ewane was killed in this accident that occurred at Malingo Junction that October. 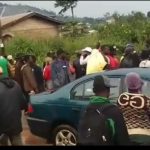 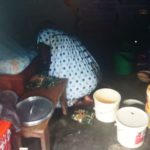