Ten (10) leaders of the Anglophone Separatist Movement due to appear in a court in the Central African country of Cameroon tomorrow Monday April 29, 2019 would boycott the session, their lead lawyer told National Telegraph late Saturday April 27, 2019.

They were due to appear at the Yaounde Military Tribunal in county’s capital but Barrister Fru John Nsoh said the court is supposed to have adjourned the matter pending a decision from the Court of Appeal of the Centre.

We’re waiting on the Court of Appeal for the Centre to summon us to appear to do the case before we can go back to the Military Court, Barrister Fru has told National Telegraph, adding that all lawyers and the ten leaders involved in the matter would boycott tomorrow’s court session.

The lead lawyer said they appealed against a ruling that gave the Military Court jurisdiction to try their clients. The Military Court don’t have any right to try our clients he said, adding that during the last hearing on Monday April 8, they boycotted for same reason before it was adjourned to Monday April 29, 2019.

Sisiku Ayuk Tabe Julius and nine others are amongst twelve persons arrested at Nera, a hotel in Abuja, Nigeria on Friday, January 5, 2018, and extradited to Yaoundé, Cameroon, an act that has been described as a bootleg.

Sisiku Ayuk Tabe Julius now referred to as the President of the Federal Republic of Ambazonia is being accused alongside his pals by the Regime of President Paul Biya of spearheading the Revolution and causing insecurity against the state of Cameroon but their lawyers have denied any wrongdoing. 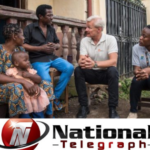 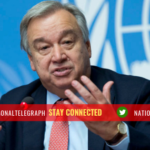