Elements of the Cameroonian police in Muea, a restive town in Cameroon’s embattled South West Region close to Buea, the Region’s capital have been accused of extortion and bribery.

Victims of the acts confided in National Telegraph shortly after raids by midday of Thursday April 11, 2019 in Bomaka, another precinct closer to Buea.

Sources say elements of the police at the behest of their bosses raided Bomaka and other neighbourhoods and arrested at least two hundred youths.

Some victims who suffered extortion said police officers collected money from them before letting them out of their vans before they arrived the station.

Other sources say over one hundred and eighty (180) others who were successfully arrested and detained at the Muea Public Security Police Station paid from fifteen thousand (15000) to fifty thousand (50000) F CFA before they could regain freedom.

A police officer who was angry with the actions of his colleagues and superiors said over four million francs (4. 000.000) F CFA was raised as booty from the raids in just twenty-four (24) hours but didn’t tell us how he arrived at that figure.

However, National Telegraph estimates that going by the testimonies of victims, if a victim paid an average of twenty-five thousand (25000) F CFA, the total sum would have been five million (5.000.000) F CFA, up by a million from the figure of our police source given that on-the-spot reports put the number of arrestees at two hundred (200).

These victims were arrested after the local police declared a ‘State of Emergency’ which resulted in arresting people including those with identification papers and those who were resting in their homes.

There is an armed conflict in Cameroon’s two English-speaking regions of the North West and South West that began in October 2016, and has turned into a demand by majority of Anglophones for a separate state called Ambazonia with several gun battles between government soldiers and Anglophone militias.

In various restive towns as was the case in Bomaka, elements of the Cameroon military and police force have converted the war into a lucrative business venture.

They’ve been accused of indiscriminately arresting innocent and documented civilians under the pretext they’re looking for Ambazonian Fighters and only end up collecting bribes from them as bail or simply ransacking their homes and pockets for any money and valuables.

The irony is that the said Ambazonian Fighters are always in the bushes according to the local population and would never be found around local settlements after gun exchanges. Another irony is that in Cameroon, it’s said bail is free. Yet, arrestees have always complained of paying huge sums in bail before release each time they’re arrested. 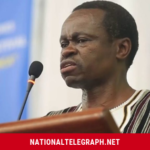 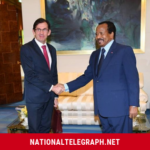 Diaper man Paul Biya is bankrupt, no more big money to bay his cousins, now ii’s our innocent people that they
are harassing, abusing, violating so as to make a salary to feed their empty stomach, family, and children.

Their days are numbered.