Home » Cameroon Police Arrests Man Who Disguises As A Woman And Preys On Men.

Law enforcement officials in Cameroon’s capital, Yaoundé, Sunday November 8, 2020, arrested and detained a man who disguised into a woman and attempted stealing from another man who picked him up for a day’s pleasure, National Telegraph has confirmed.

Investigators have identified the aggressor as Edida Benjamin and listed him among those detained at a police station in Nlongkak for further investigations.

Edida’s victim who has been identified as kapsa Gersi picked up Edida who was disguised into a woman by the roadside, sources have told National Telegraph.

Hotel Morphée at the Nlongkak Roundabout was listed as the locale where the incident happened, according to security reports.

kapsa Gersi was passing through Yaoundé from a journey and decided to pick up a “young lady” by the roadside for his relaxation, sources have said.

Hotel sources also say immediately they arrived in their hotel room, the “woman” forcefully took away everything Gersi had on him including a collection of jewelry and money.

National Telegraph gathered that in an attempt for Gersi to fight back, he discovered the “young lady” he had picked up by the roadside is a man.

After his arrest, background check shows Edida has been stealing from men each time he disguised in this manner.

Edida appeared completely different when he dressed up in a white slim pant, white feathery slippers and covered his head with an artificial hair with a considerable number of inches to conceal his identity, police say. His nails were also made up to increase sexuality. 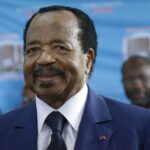 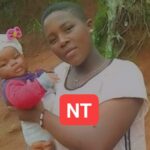