Refugees in Nigeria who fled the war from Cameroon’s restive South West and North West Regions have been mourning a strategic chum of theirs.

Dorothy Asaya, a female refugee from Ekona, a war-torn town in South West Cameroon has been buried at a churchyard in Ogoja Town in Nigeria’s Cross River, Wednesday, February 6, 2019.

Asaya who died at the Ogoja General Hospital since Monday, January 14, 2019, from a Liver Infection has been buried amidst tears and anxieties, National Telegraph has gathered.

Like many refugees in Nigeria, on her sick bed, she was left to herself, a source told National Telegraph. For two months that she was on admission, she received no support, our source went on.

Only the Rhema Care Foundation that gave 50k (referring to ₦50,000), fifty thousand Naira, approximately some $140 (one hundred and forty US Dollars), National Telegraph has been told it’s the only aid she ever received.

Family members and close friends have blamed what they described as an untimely death on the United Nations High Commission for Refugees (UNHCR) in Nigeria for failing to assist her at the most crucial moment of dire need.

UNHCR did nothing, we only ate from the 50k from RHEMA, a caregiver at the time she died said. Is an affiliate of UNHCR or an NGO attached to UNHCR? the caregiver quizzed.

Almost every day, an adult or child refugee dies in a camp. The influx of refugees have since the beginning of 2019 tripled and with the war in Cameroon still escalating by the minute, the figures could soon hit a million.

The United Nations had raised concerns over the refugee situation but hardly has any concrete measure been taken to avert a disaster. Refugees leave in deplorable conditions in the refugee camps and often scramble for food each time benefactors visit.

Sanitary pad is a luxury for women and babies are increasingly dying at birth from a of antenatal health care for pregnant women. Yet, the crisis is escalating geometrically.

In the events, unarmed civilians have paid heavy prices, many have been killed some interned and others forced to flee their homes most of which have been incinerated by Cameroon military to previous reports from Agbor Balla, a distinguished Human Rights Lawyer. 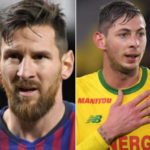 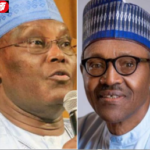