Home » Cameroon: Sangmélima Cathedral Is Another Pope Francis’ Achievement, But…

It’s a fact that any achievement of the Catholic Church in any part of the world is aligned with the Pope as one of his great works so too are failures.

Catholic authorities in Sangmélima, a town in Cameroon’s South Region have picked Saturday April 27, 2019 as date for the inauguration of the Cathedral of Sangmélima, a 5000-seat edifice at the town’s epicenter, National Telegraph has learned.

According to a National Telegraph stringer who filed in reports from the cathedral, workers have been working day and night on the site to ensure the project is in total completion by the date of inauguration.

The Bishop of Sangmélima, Mgr Christophe Zoa who was ordained in 2009 according to reports solicited over two (2) billion F CFA, in cash and material to realize the gigantic project.

No one can deny the fact that once this cathedral is inaugurated on April 27, it would have been another milestone achievement for the Catholic Church not only in Sangmélima but for the Pope whose era is marked with greater achievements.

In Cameroon, Pope Francis has particularly gathered remarkable achievements to his name through his Bishops and other competent representatives including the Apostolic Nuncio.

However, many are of the opinion that the Pope’s gigantic achievements in Cameroon would have been crowned with honour and dexterity should he have pushed for justice over the killings of some Catholic clerics by the regime of Paul Biya, Cameroon’s dictatorial president in power since 1982.

Just for the records, Bishop Jean Marie Benoit Balla of Bafia disappeared from his residence on May 30, 2017 and his vehicle was only found with a note purportedly written by him in which he said; “I am in the water.”

Balla’s body “did not present signs of someone who died by drowning. He should have had a bloated stomach or his feet should have been scaled by fish. None of these signs were there.” the president of the Chamber of Criminal Experts of Cameroon, Steve Francis Olinga said during a Mass marking the first anniversary of Bishop Balla’s death in 2018.

During the same Mass on June 2 on the banks of the Sanaga River in Ebebda, where the bishop’s car was found on May 31, 2017, the Archbishop of Douala in Littoral Region who’s also the president of the National Episcopal Conference, Mgr Samuel Kleda said he thinks his colleague was tortured, killed and dumped into the river to create a false impression of suicide.

In June of 2017, Fr. Armel Djama, Rector of the Minor Seminary in Bafia and Fr. Augustine Ndi of Nguti in South West Cameroon were found dead in their rooms.

Going by empirical reports, at least two well-known Catholic Priests are among the many Catholic Christians killed so far. The Bishop of Mamfe, Mgr. Andrew Nkea confirmed that Fr. Cosmas Omboto Ondari, a Mill Hill Priest from Kenya, serving as the Parochial Vicar of the St Martin of Tours Parish in Kembong, was killed by the Cameroonian Military on Wednesday, November 21, 2018.

There is also a global outcry to what is considered an ongoing Genocide in the two English-speaking regions of the North West and South West where the Cameroon military has been battling Anglophone militias fighting to restore the Statehood of the former British Southern Cameroons.

During these battles, the military has contravened all war laws and is are now targeting the unarmed population, killing women, children, burning some alive in their houses. Hundreds of villages have been burnt down by the military, including churches and hospitals and in some cases, health care personnel have been killed. 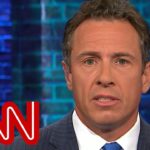