The date for the burial of a newbie Cameroonian Mayor shot dead in the country’s unruly South West Region has been made known to National Telegraph.

Prisley Ojong was shot and killed around Berore quarters, precisely at Charles Eyongechaw’s Hill, about some 500 meters before entering Eshobi, his hometown on, Sunday, May 10, 2020,

The Mayor’s funeral will commence with a wake without corpse at the Mamfe Town Hall, one of his council’s facilities in Mamfe, the capital city of Manyu Division on Friday, June 5, 2020, a source hinted National Telegraph.

A grand funeral service will be held at the city’s main ceremonial ground just next to the hall on Saturday, June 6, 2020, added our insider.

Prisley Ojong, 35, will be buried later that day at his residence in Laterite Pit, a boomburb of the city. His stiff is presently at the morgue in government-run Mamfe District Hospital.

On Saturday, May 16, 2020, politicians from Yaounde, the country’s capital, mainly from the ruling Cameroon People’s Democratic Movement (CPDM), staged a protest demanding justice for the Mayor’s death. They accused a Cameroonian-US based activist of plotting the incident.

Ojong was heading to his village to receive Ambazonian fighters who had dropped their weapons before he was brutally murdered. Soldiers aboard the vehicle accompanying him were injured, sources said, connecting the incident to rebels in the precinct.

Cameroon has been struggling to contain a 3-year-old armed conflict in its two English-speaking regions of the North West and South West where rebels are battling for a new state called Ambazonia.

Persons who participated and won the country’s February 9 Legislative and Municipal elections are particularly targeted and have been tagged as quislings aiding the government to facilitate what the rebels call Genocide against their people.

The death of the Mayor greatly foiled Cameroon’s plan to impress the International Community that it could contain the insurgency. It has also increased fright in the government’s collaborators within the restive regions.

The incident also triggered renewed calls for talks in a conflict that has already claimed over 16,000 lives and displaced millions. Tibor Nagy, the United States Assistant Secretary of State for African Affairs condemned killings by both government and rebels in a tweet, Monday, May 18, 2020.

“Government killing of civilians in #Cameroon, is inexcusable. I urge follow-through on Ngarbuh investigation and many other incidents of this nature. I also condemn separatist attacks on local officials such as the murder of Mamfe’s mayor. Stop violence, start talking,” the Ambassador tweeted. 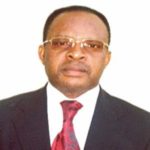 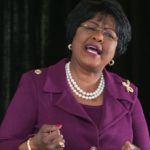 Eric Tataw you are a good writer, kudos, you are a “writer as a tiger” work hard to meet up with prof late Bate Besong of Ndekwai Village, you have a good knowledge of linguistic.