At least three persons have been killed and one seriously wounded by elements of the Cameroon Military in Widikum, Tuesday March 26, 2019, locals have told National Telegraph from Widikum, a war-torn district in North West Cameroon.

According to sources speaking to National Telegraph on the spot, two of the victims, all unarmed civilians in active youthfulness were pulled out of their houses and shot around the Old Widikum Bridge, precisely in front of Obot Ben’s residence at the motor park.

Two others were shot at the entrance of the Widikum Market at Market Square, a grieving family member told National Telegraph by phone. Reports say one of those shot at the Old Bridge survived but is in critical condition, receiving treatment at the Saint Mary’s Catholic Health Centre in Widikum

Three others died on the spot; one at the Old Bridge and the other two at Market Square. Sources also opined that all victims were innocent and unarmed civilians who were just going about their routine activities before the military cut short their lives.

The entire town is in panic, a local hinted from Boffe, another precinct in Widikum. These incidents are happening just a few days after the military attacked and killed another civilian in Batoh-Numba Mile 42, a quarter in Numba Village in Upper Banyang Sub-Division, Manyu Division in Cameroon’s embattled South West Region.

Two other civilians were shot and killed by soldiers in Mamfe, the headquarters of Manyu. Reports say the two civilians were discovered dead early Monday March 25, 2019 at Egbekaw Village, a quarter in Mamfe town after they were arrested by elements of the Cameroon military late Sunday.

Insecurity in the two English-speaking regions is going and growing through geometric shapes while Paul Biya who has been in power for more than three decades is still playing hide and seek with dialogue, pundits have opined.

Gun battles have ensued and the government has been accused of numerous Human Rights violation, including targeted killings. Insecurity has increased and life is near hell. The civil society has blamed Biya who instead of calling for dialogue has ordered his soldiers to kill Anglophones as they wish. 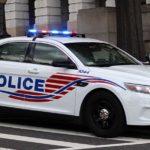 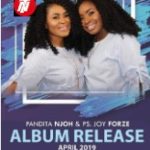