Elements of the Cameroon military, Wednesday December 9, 2020, bombed and killed a school teen, shattering his intestines, National Telegraph can confirm.

The military was coming from Mbengwi, a not-too-far town from Bamenda when its elements fired several shots and threw explosives, killing Macpeace at his Mbengwi Road residence in Bamenda, confirmed many locals.

The little boy had returned from school and was in their family residence before the incident that shattered the lower parts of his body with his intestines all out, many described the scene as a “horrible sight.”

Cameroon is in a three-year-old armed conflict in its North West and South West where rebels have been battling the regular army to establish the independent state of Ambazonia.

The incident Wednesday indicates continuous reports of increased tension and confrontations in the country’s Anglophone regions in a conflict that has already killed over eighteen thousand people, according to activists.

Wednesday’s killing of the teen who was simply relaxing in his own house is consistent with activities of Cameroon soldiers who have listed all males from these regions on death lists, many say.

On Saturday October 24, 2020, seven school children of Mother Francisca International Bilingual Academy in the town of Kumba in the country’s restive South West Region were shot and brutally killed by elements of the Cameroon military acting incognito, a National Telegraph investigation revealed.

The Cameroonian government frequently targets anyone with any links to the separatists and such persons are placed on the regime’s wanting list, sources have said, adding that military targets now extend to most males in the restive regions. 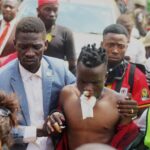 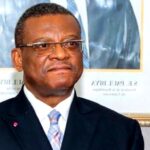