Most, if not, all domestic animals in Etwii, a quarter in Baitei, a village in Momo Division of Cameroon’s North West Region have been killed by members of the Cameroon military, locals have told National Telegraph.

A local from the area had posted on his Facebook Page, stating that on Thursday January 17, 2019, soldiers went to Etwii at Baitei quarter and bought some fowls. The post suggests that the soldiers later came back in full gear shooting and killing all goats and fowls they could find in the precinct.

The exact number of animal deaths can’t be ascertained but a local who suffered losses has put the figure at 200. Villagers who fled for safety, said the soldiers met a certain Jerry, shot his own goat and carried all to their base at Andek, another village in the precinct.

Another local said the soldiers were provoked after a widow refused selling to them chickens, accusing them of untold atrocities. This isn’t the first time soldiers have killed animals while raiding Anglophone villages. Some weeks ago, locals of Meluf, a locality in Bui Division, North West of the country, circulated pictures of dead pigs on social media, accusing the military for the deeds.

Cameroon has been blanketed in an armed conflict between Anglophone armed groups fighting for the Restoration of the Statehood of British Southern Cameroons and the Cameroonian military. The war broke out after Government clampdown on peaceful protesters in the two English-speaking Regions.

Since the beginning of the conflict, thousands have been killed, hundreds of houses burnt down, many more imprisoned with over one million displaced persons either living mainly in Nigeria, Ghana and in other parts of Cameroon. 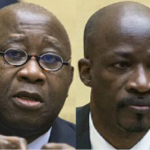 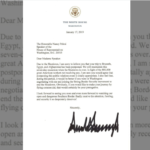