Ornella, also identified as the daughter of a Driver at a Health Center in Tatum was shot dead around the Promise Enterprise Building on her way to work at the Shisong General Hospital still in Kumbo where killings and torching down of homes intensified during the past days.

Her corpse is presently lying at the Shisong General Hospital, National Telegraph has confirmed. At least, five other persons have been killed in other parts of Kumbo yesterday, Thursday January 17, 2019 after soldiers embarked on indiscriminate shootings.

Hundreds of villages have been burnt down and over a million refugees registered in Nigeria and other parts of Cameroon or the World. Thousands are also reportedly held in various detention centers under deplorable conditions.

Armed groups in the two Regions are said to be fighting for the Restoration of the statehood of the former British Southern Cameroons after peaceful protesters demanding for reforms, met with iron replies from soldiers. 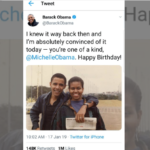 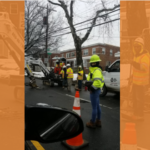