A tenant has locked up his landlord in Quarter Ten, in Mbanga, a locality in Cameroon’s Moungo Division, National Telegraph has confirmed.

Sources from the country’s Littoral Region where Mbanga is located said the landlord on several occasions meets with stiff resistance whenever he asks for rent from the said tenant.

The drama started after the Landlord decided to sell the apartment to a new owner in an attempt to avoid future confrontations with the tenant, a source said.

Reports say after introducing the new owner of the apartment to the tenant, the latter started a quarrel with the former landlord before removing a machete to cut him.

“After a heated argument, the tenant removed a machete to cut his former landlord who ran into his house. It was a terrible scene.

The tenant followed him and locked the parlour door in front and behind, making it impossible for the landlord to leave his house for two days,” an eyewitness told National Telegraph.

The population of the precinct, reports indicate informed the gendarmes who went to the scene and enabled the landlord to be liberated.

The landlord who was held under forceful detention by his own lessee since Sunday, December 8, 2019, only regained freedom, Tuesday, December 10, 2019.

Security agents have opened an investigation into the matter and a manhunt for the tenant who remains at large has been initiated. 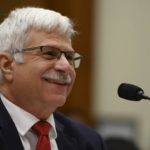 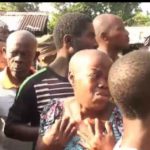