Home » Cameroon: This Is Exactly What Has Happened To Mancho, 56 Others at Principale, 150 At SED, Yoko.

News of the brutal killings of some top English-speaking activists who were held at the Kondengui Central Prison, a high security detention facility in Yaounde, Cameroon’s capital has spread like wild fire.

After thorough investigations, National Telegraph has confirmed the deaths of seven detainees both English and French-speaking at SED, Cameroon’s National Gendarmerie headquarters.

All of the detainees were transferred from the Kondengui Central Prison from where an uproar had occurred, Monday July 22, 2019.

There was an uproar at the Central Prison in Yaounde where Ambazonia detainees were demanding for their release and an end of an armed conflict in the country’s North West and South West.

Late Saturday July 27, fifty-six (56) inmates at the Kondengui Central Prison were transferred to the Kondengui Principal Prison.  The new intakes are mostly very young people under the age of 30, disheveled and for the most part emaciated, sources confirmed.

Reports say The were transferred from Central Prison which recently witnessed a deadly rioting and where conditions are said to be unbearable due to overcrowding.

The moderately crowding situation at principal prison has be exacerbated with some rooms getting additional six (6) inmates to add to the 8-10 that were already there.

With ongoing construction to increase the perimeter walls and construction in the inner courtyard as well, the situation is very tense, said a source but didn’t mention the exact number of English-speaking detainees in the new arrivals.

Football that would normally be played in the courtyard on Mondays, Wednesdays and Fridays is likely to be a scrapped which would further increase tensions.

Other detainees over a hundred and fifty, mostly Anglophones were transferred to a dreaded prison in Yoko in Mbam-et-Kim Division in Cameroon’s Centre Region and to SED as well as other detention facilities in the country, National Telegraph has confirmed.

Mancho Bibixy, fondly called Mancho BBC is among the prisons whose news have remained disturbing to all and sundry. National Telegraph has however confirmed that contrary to information that he and other top inmates have been killed, they’re held at SED but have been tortured.

Born on August 18, 1984 in Bamenda, Cameroon’s North West, Mancho is famous for the Coffin Revolution that added revolutionary flames into the Lawyers’ and Teachers’ strike.

He was arrested in January 19,  2017 in Bamenda and detained in Kondengui prison where he’s facing a jail term of close to two decades. 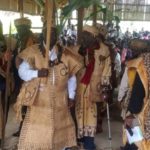 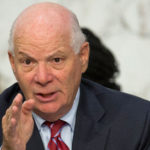