Penn Terence Khan, a teacher and activist currently serving a jail term at the Kondengui Central Prison, a detention facility in the Cameroonian capital city of Yaounde has been seriously beaten by inmates, National Telegraph has been told.

Our on-the-spot source from the high security detention facility said Penn and one other inmate on Wednesday April 10, 2019 at Quarter One, a popular cell in the prison received serious beatings before prison authorities intervened.

Only last week, information circulated that most of the kidnappings occurring in the two English-speaking regions of the North West and South West were most perpetrated by some inmates in Kondengui.

National Telegraph has been informed late Wednesday April 10 that Penn’s lynching is not unconnected to the issue. Our source said some concerned Anglophone inmates angered by the accusations, decided to open up an investigation into the matter.

One of the inmates told us Penn Terence is a ringleader, our source said, adding that they’re four others with whom Penn works with to organize the kidnappings from jail.

According to reports, one of the culprits confused that Penn brought the idea in which from the prison, they call people from outside and threatened them to pay a sum of money as support to the war or face the music.

There’s also report that Penn’s group gives names of some persons to a gang of boys outside the prison who kidnap them, demand for ransoms and then share the dividends.

This isn’t the first time Senator Penn as he’s fondly called has been beaten. He was once beaten by Anglophone inmates over accusations of misappropriation. Penn was accused of diverting money from the Diaspora meant for all inmates to his personal pocket.

There’s an armed conflict in South West and North West. These two regions have been rocked by repeated and fierce gun battles with Pro-Independence fighters fighting regular Cameroonian military to restore what they call the statehood of former British Southern Cameroons aka Ambazonia.

Many have transformed the conflict into a new business in which they kidnap civilians and demand for ransoms. Ambazonian fighters have been clear that they don’t kidnap and in most cases have pointed accusing fingers at government soldiers and other unscrupulous persons taking advantage of the insecurity.

Penn is a teacher by profession and served as the vice-principal of the Cameroon College of Arts Science and Technology (CCAST) Bambili. He’ s yet to make any statement on the matter. 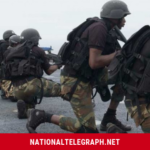 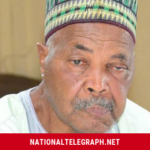