Cameroon is hosting the African Nations Championship (CHAN), from April 4 to 25, 2020, and Defence Minister, Joseph Beti Assomo, thinks it demands a lot.

The letter also states that the fact that the African Nations Cup has been brought closer to January 2021 instead of June which was initially the month picked for the said competition makes it difficult for Cameroon to host the Military Female World Cup.

Regrettably, financial constraints have forced Cameroon to abandon the hosting right of the Female Military World Cup, which would’ve been the first of its kind to host the competition.

The World Military Cup is a football competition for national military teams. It is organized by the International Military Sports Council (CISM). The tournament has been held since 1946 and was originally called the World Military Championship.

The Confederation of African Football (CAF) stripped Cameroon of the 2019 Africa Cup of Nations hosting rights, following concerns about the country’s security and infrastructure.

Cameroon’s financial challenge has been linked to a lot of spending on the military resulting from a crisis in its two English-speaking regions. The Central African country is in its third year of armed conflict in the North West and South West after a declaration of independence by Sisiku Ayuk Tabe Julius, referred to as President of Ambazonia, the new state rebels are battling to establish. 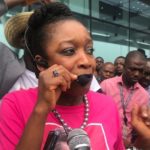 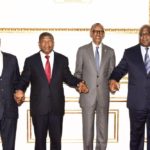