A lady has killed herself by hanging in Bangante, chief town of Nde Division in the West Region of the Central African country of Cameroon, locals have told National Telegraph.

Ngah Dolvine, 28, close family sources say, arrived Bangante from Yaoundé last Saturday, May 25, 2019, with her husband to see a traditional doctor since Dolvine has been sick for several years.

Reports say they had an appointment with the traditional doctor, Sunday May 26, 2019 but while the husband and other inhabitants of the house were resting, Dolvine stepped out of the house.

Our source went on that when Dolvine’s aunt returned from the farm, she asked for the whereabouts of Dolvine and her sister-in-law said she was in the room.

The search in the room yielded to nothing as the lady wasn’t seen, our source said, adding that as the aunt went to open her kitchen door, the lifeless body of Ngah Dolvine was hanging in the air.

She raised an alarm that brought the entire population of K neighborhood out, the exact area in which victim had committed suicide.

Even though no one can say what exactly forced Dolvine to take away her life, she left behind a 6-month-old baby and her husband to mourn her, family sources regret.

National Telegraph gathered from the population that it’s the second case of suicide by hanging recorded in Bangante within two weeks. 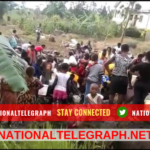 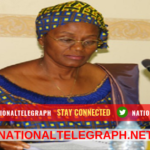