A top Cameroonian administrator has undermined Gambia’s President Adama Barrow over moves that led to the training of the country’s Presidential Guards in neighbouring Senegal.

One hundred and fifty Gambian soldiers, among them, nine women who were sent for training in Senegal returned to The Gambia, as part of a new presidential guard project sent to undergo a 3-month program. The contingent underwent three months of intensive training on Presidential protection and security.

But, Peter Tieh Nde, who’s Senior Divisional Officer for Nyong-et-Kelle, one of the largest administrative units in Cameroon’s Centre Region has condemned the move, describing Gambia’s president as one with no sense of direction.

Tieh Nde thinks Barrow is sheepishly following Macky Sall, Senegal’s President. “Let Barrow continue to sheepishly cozy up to Macky Sall at the risk of pooling Gambia’s sovereignty and even her existence as a state on insurance…to the glowing of francophone Senegal’s unending ambition to annex The Gambia and have full control over Casamance, he said early Saturday, January 18, 2020.

He also referred to Barrow as a president without a pointer on how the politics of his country functions and as one that became president of The Gambia by accident. “Tell the blockhead Barrow who got Gambia’s presidency from a windfall that I said so and that I am an Anglophone Cameroonian.”

Senior Divisional Officers (SDO) in Cameroon are next to the country’s governors who represent the President at the level of the region. The SDOs are in charge of divisions.

Tieh Nde who also worked in several units including Manyu in the country’s South West, including serving as Economic advisers and Secretary Generals to governors is among few Cameroonians with strong command in African Affairs.

Peter Tieh Nde’s administrative unit headquartered in Eseka is famous for Cameroon’s most disastrous rail accident and is close to Yaounde, the capital city of the Central African country.

Barrow has seen in recent times thousands demanding he peacefully steps down and respects his promises. Adama Barrow made a promise to the coalition members back in 2016 that he would rule for three years after which he will hand over power to other political parties. He has now denied the allegations made against him saying he will rule for five years instead. 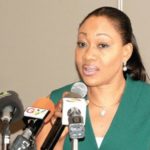 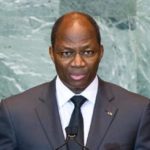