A man from Cameroon’s South West Region, precisely from Buea, the region’s capital has been shot dead in the United States Federal capital of Washington DC, National Telegraph has confirmed.

Lekelefac Fonge, 27, of Lanham, Maryland, working as a caregiver was shot and killed alongside his client, Devon Miller, 24, of Northeast D.C at around 9:43 p.m., Wednesday October 9, 2019 on the 1600 block of Rosedale Street NE, one block from Miner Elementary School.

Two adult males with gunshot wounds were found inside the home and were pronounced dead on the scene according to police reports. D.C. Police Chief Peter Newsham said at least one suspect fled the house on foot.

The suspect is described as a black male, between 5 feet, eight inches and 5 feet, ten inches tall, with a medium complexion and long dreadlocks. He was wearing dark clothing when he fled the scene and has been specified as Davon Peyton, 27, of Alexandria, Virginia.

Fonge was caring for Devon before they were both shot and killed Wednesday night. Fonge and his friend went to drop off the client at the client’s mother’s house and while his friend sat in the car waiting for Fonge to take the client in, two men walked into the house, shot the client, noticed that the caregiver was inside the room preparing the client’s bed, shot him, and left the house.

Investigators are yet to ascertained the reason for act but close sources say it appears to be attempted robbery. The client’s mother sells cigarettes and candy out of her house, sources added.

Close friends are said to have left the scene at about 2 am, Thursday October 10, 2019, when investigators were taking both corpses for autopsy. Family members, National Telegraph gathered were also there to identify the bodies before they were taken to the funeral home.

The police has offered a $25,000 reward for any information that leads to an arrest and conviction. Anyone with information about this case can call police at 202-727-9099, or text their tip anonymously to 50411, police say. 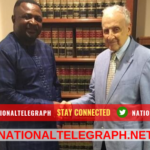 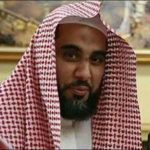