“Xinhua has refused to pay me,” sacked Cameroonian Journalist cries out. Raphael Mvogo served for 10 years as French language correspondent for Cameroon for the New China News Agency, Xinhua, until his contract was illegally terminated on September 11, 2018.

Xinhua News Agency or New China News Agency is the official state-run press agency of the People’s Republic of China. Xinhua is the biggest and most influential media organization in China, as well as the largest news agency in the world in terms of correspondents worldwide.

Ever since, all attempts to get the Chinese pay him damages – even by Cameroon’s Ministry of External Relations have remained fruitless, National Telegraph has confirmed.

When Raphael Mvogo, then a reporter with the Foreign Desk of Cameroon’s bilingual daily, Cameroon Tribune, joined the prestigious New China News Agency, Xinhua in 2008, little did he imagine that his stay there would one day end in unending controversy.

But it came to pass on September 11, 2018 when Mvogo was informed by Xinhua Yaounde Bureau Chief, Qiao Benxiao, that his contract had been terminated.

The main reason given was that headquarters had embarked on a staff rationalisation exercise in the Yaounde office. And that those still interested in serving Xinhua were to sign new work contracts – this time, through a recruitment agency! Thus, Mvogo was out of job!

“My boss had the habit of never going to the field. Rather, he sat in his office everyday translating my French language articles into Chinese, and then bylining them as if he had written the stories himself,” Mvogo told National Telegraph in an interview on November 21, 2019.

“I always resisted such abuse, pointing out to Benxiao that it was a violation of my intellectual property,” Mvogo said.  “To justify the termination of my contract, I was accused of taking unauthorised leave in August 2018.

But three days later on September 14, 2018,  Benxiao somehow recognised the said leave by informing me in writing that he had paid my leave bonus and other bonuses for 2017 into my account!” the journalist recalled.

As the first step to seek redress, he lodged a complaint with the local Labour Inspectorate for illegal termination of contract. The matter was quickly handled and the Chinese official told that he took a wrong decision which was a source of embarrassment to his country.

He was then advised to reach an amicable settlement with Mvogo by paying what he was due. But the New China News Agency Bureau Chief did not accept. Instead, his counsel advised him to disregard the advice of the Labour Inspector.

Next, Raphael Mvogo tried taking the matter to court, but since New China News Agency has no legal existence in Cameroon, no agreement with the government to set up their office, he finally took the case to Cameroon’s Ministry of External Relations, MINREX, at the beginning of 2019.

“In my complaint to MINREX, I mentioned the fact that Benxiao had tried to get me arrested at home by gendarmes. But after I complained to the Secretary of State in charge of National Gendarmerie, the gendarmerie commander of the botched arrest was fired and the matter was laid to rest.

My complaint to MINREX was also about my wrongful dismissal and the illegal activities of Xinhua in Cameroon given that the news agency does not have any authorisation to operate in the country,” Mvogo explained.

Again, his search for redress hit another brick wall. “In MINREX, my complaint has faced a number of hitches. An official there told me it was a slippery file that needed to be handled cautiously; else his colleagues in the Cameroonian Embassy in Beijing, China, could ask for his dismissal if they knew he was handling it!” Mvogo told National Telegraph.

Faced with such obstacles, he wrote to the National Anti-corruption Commission, CONAC, the National Commission for Human Rights and Freedoms; as well as other special State services. Several investigations were launched by all the agencies he complained to, but the problem still remains unresolved!

“I must commend the National Gendarmerie for doing a good job, but I am not sure if all the reports sent to the Minister of External Relations by various agencies were actually presented to him with all their contents.

MINREX is supposed to defend me just like the Chinese Embassy in Cameroon is defending the New China News Agency Bureau Chief. But I am still to see any positive results,” Mvogo underscored.

“I cannot understand why the Ministry of External Relations has not done anything about this matter. Several officials in MINREX have told me in private that the solution is simple; summon the Xinhua official for us to reach an amicable settlement. But nothing has been done about the complaint almost a year since it was lodged.

The solution to this problem is diplomatic, rather than judicial. It suffices to summon the Chinese Ambassador to MINREX,” Raphael Mvogo concluded. Many hold that this matter has serious negative layers on the reputation of Xinhua. 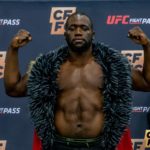 US Fighter Wins Again, Explains Why Last Three Victories Are Dedicated To Ambazonia! 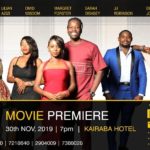