Douti Yendoubé, Director of Research and Investigation Brigade at the Togolese Central Directorate of the Judicial Police known by its French acronym, DCPJ identified the two soldiers as, Ewondjo Elé Serge and Omarou Abou Fadil.

The quintet was arrested in Lomé on Wednesday, May 20, 2020, the same day Cameroon was celebrating its Unity Day dubbed 20th May, Lare said.

Although this year’s event was canceled due to COVID-19, May 20 is a special day, the only annual event when Cameroon’s President, Paul Biya officially salutes the troops.

Douti Yendoubé, told Télévision Togolaise (TVT), the national broadcaster of Togo, that N’Tanga Clément alias Tony is the head of the gang.

N’Tanga received an advance of 36 million FCFA from a top military officer at the country’s presidency to deliver a Mercedez G5 he had to buy at the port of Cotonou in Benin, Yendoubé said.

A police statement indicates Tony contacted Omarou Abou Fadil (Cameroonian soldier) to hire a weapon for safety during his trip to purchase the vehicle.

Fadil contacted an arms storekeeper of the general brigade in Cameroon’s capital, Yaoundé who agreed to hire an automatic pistol for a weekly fee of 700,000 FCFA.

“Following routine checks after a fortnight, the storekeeper could not justify the absence of the pistol and was arrested,” adds the statement.

Fadil told Togolese law enforcement he deserted the army with his ally Ewondjo Elé Serge out of fear, adding they went in search of Tony to recover the weapon.

Tony was apprehended in Benin but succeeded in convincing the duo to come to Togo where they robbed an owner of a similar vehicle they were contracted to buy.

The gang was arrested after three weeks of investigation, a reporter at the state broadcaster said. Police also recovered two guns used during the operations.

The gang leader said they had no evil intention of committing the act when they came to Togo but were pushed by circumstances after they were blocked by COVID-19.

The quintet is still held in Togo pending further investigations. No Cameroonian Ministry related to the matter; neither Defense nor External Relations ministries have made any statement.

Elements of the Cameroon military are notorious in banditry, sources say, citing an incident early this month when a video from a Closed-Circuit Television (CCTV) camera was circulated on social media.

It turned out that at least two Cameroonian soldiers were involved in an armed robbery that occurred in a bar on Mother’s Day in Limbe, a tourist destination in Cameroon’s South West Region.

Many townspeople in the country’s two English-speaking regions of the North West and South West hit by an armed conflict now in its third year have accused the military on several occasions of robbery. 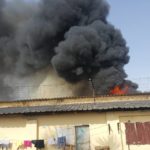 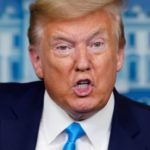