Home » Cameroon’s Bouroukou Village Deposits One In The Mortuary From Crash!

A 20-year-old boy has died from an accident in a Cameroonian village of Bouroukou, in the country’s Littoral Region, Wednesday May 29, 2019, sources have told National Telegraph.

The boy whose only name National Telegraph got as Ricardo, reports say was heading to a Government School in Bouroukou in Melong Sub-Division of the Moungo Division when he was accidentally knocked down by a rushing car.

Commercial Motorcycle riders who witnessed the scenario did their best in taking Ricardo to the hospital but unfortunately before they could arrive he had given up the ghost, said an eyewitness.

The lifeless body of Ricardo has been deposited at a local morgue in the precinct, National Telegraph was told by an on-the-ground source, who also said Ricardo was riding a bike at the time of the incident. 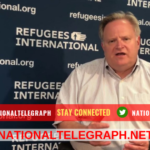 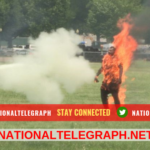