Success is like a distilled wine with the gradient of the yesteryears. No wonder veteran Nigerian Actor, Nkem Owoh aka Ukwa said; “Success Get Plenty Heads…”. There’s no gainsaying; it’s a fact!

Success oozes temperateness and charm, beguiling whiffs of honeyed family name, tribe identity and the boomerang effect of “I know him, he’s my man, we’re from same village and alma mater…”

As a matter of fact, successful people are laced with cosmopolitan titles and their progenies are always heterogeneous with superbly one-piece, limber, and affluent commitments in safeguarding their identity connection.

Except for the others, English-speaking Cameroonians especially those of the North West are very au fait with a certain Ndamukong street in Bamenda, capital of Cameroon’s North West Region.

When we mentioned that Successful People have heterogeneous followers or brothers and sisters, it wasn’t any mincing of words. At least, if you doubted, wait until we would have introduced the Subject Matter.

Ndamukong Ngwa Suh, born in Oregon’s largest city of Portland, on January 6, 1987, is an American football defensive tackle for the Los Angeles Rams of the National Football League (NFL). He was drafted by the Detroit Lions second overall in the 2010 NFL Draft.

National Telegraph has gathered that he would be playing in a crucial Super Bowl game this weekend; Sunday February 3, 2019 for the Los Angeles Rams, California, USA against the New England Patriots.

The Mercedes-Benz Stadium in Atlanta, Georgia where the game would be played, wouldn’t disappoint to determine the champion of the National Football League for the 2018 season in USA.

Ndamukong Ngwa Suh, originally a native of the Ngemba Tribe from Bamenda, a town in North West Cameroon with a full street named and spelled exactly like his name would have just represented Bamenda enough if not for restive nature of the capital city of the North West.

There’s no doubt he’s Cameroonian by ancestry but American by birth, though born to a Jamaican mother. Whatever be the case, if he’s a lover of nationality heterogeneity and since his parenting country is steady on denying dual nationality, Ndamukong would obviously look up to streets from where came his name.

Unfortunately, there’s an armed conflict in Bamenda as are other parts of the English-speaking Regions. But should the armed conflict gain purpose and independence comes, Ndamukong isn’t only good to go to his streets but probably to his another country, Ambazonia like Anglophone Independence fighters call it.

One thing might, , determine this; how many “Ambazonians” vis-à-vis Cameroonians would be present at The Mercedes-Benz Stadium in Atlanta, Georgia to cheer him up at this grand dénouement.

Ndamukong played college football at Nebraska, where he earned All-American honors. As a college senior, Ndamukong became one of the most decorated players in college football history. He won numerous awards including the Associated Press College Football Player of the Year Award.

He also won the Bronko Nagurski Trophy, Chuck Bednarik Award, Lombardi Award, and Outland Trophy, and was recognized as a unanimous All-American. As a junior in 2008, Suh recorded a team-high 76 tackles, 7.5 sacks, 19 tackles for loss, 2 interceptions (both returned for touchdowns), and a touchdown reception while playing fullback.

He became the first Nebraska defensive lineman to lead the team in tackles since 1973. Suh earned First-team All-Big 12 honors in 2008, the first Nebraska interior defensive lineman to earn those honors since Steve Warren in 1999. He was also an honorable mention All-American amongst many others in his enticing career and February 3, might just present another opportunity. 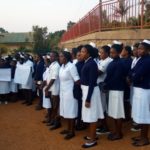 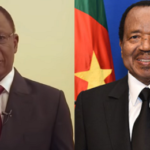