Residents of Njong Santa, a locality in Cameroon’s North West Region have fled their homes and are now seeking refuge in nearby bushes, National Telegraph has confirmed.

Reports say the panic and exodus have been triggered by the arrest of a Cameroonian soldier, late Monday November 25, 2019. The soldier was arrested by unknown gunmen after he entered the village like a civilian, sources say.

The soldier was on a mission to get information about the whereabouts of his colleague who was arrested, Saturday November 23, 2019. This has left residents of Njong Santa in fear and many people fled to the bushes, an eyewitness has told National Telegraph.

Others say only the old people who can’t walk have remained indoors and the reaction of the military some say maybe brutal and unprecedented. The Region’s Governor, Adolphe Lele L’Afrique is yet to make any statement to calm the situation.

The soldier who was arrested on Saturday is one of the soldiers in a military base at Mile 9 Akum where Sogea Satom has some heavy duty equipment. He was spotted at mile 12 Santa where he had gone to drink alcohol. Unfortunately, he was identified by unknown armed men and tagged as one killing civilians in Santa, an on-the-spot eyewitness said.

Cameroon’s two English-speaking regions have an armed conflict with a demand by majority of Anglophones in the North West and South West for a separate state called Ambazonia.

This crisis has led to thousands of deaths, torching of hundreds of villages, millions of displaced people and thousands of political prisoners as armed groups battle regular government forces. 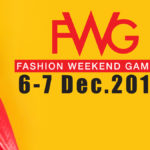 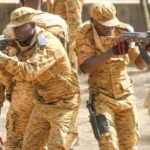