Top Cameroonian authorities amongst them, the Prime Minister and Head of Government, Dr. Joseph Dion Ngute and the Minister of Trade, Luc Magloire Mbarga Atangana have exchange pleasantries and keynote addresses with the US Ambassador to Cameroon, Peter Henry Barlerin, a source at the US Ambassador in Yaoundé has told National Telegraph.

According to our source at the Embassy, the US Embassy in Yaoundé, Cameroon’s capital on Thursday, February 21, 2019, hosted “America Day,” with special activities. Cameroon’s Minister of Trade Luc Magloire Mbarga Atangana was with the US Ambassador, Peter Henry Barlerin to officially open the Day at an event dubbed PROMOTE 2019, National Telegraph has been told.

PROMOTE is a major event of partnership amongst companies in Central Africa, a collective work of general interest for the promotion of businesses organized by the Inter-Progress International Foundation of Swiss Law, in accordance with a Cooperation Agreement with the State of Cameroon held every two years, our source highlighted.

Going forward, our source opined that exchanges between the US Ambassador and Cameroon’s Trade Minister encompassed a ribbon cutting ceremony followed by refreshments, a tour of the pavilion, and an afternoon series of panels on finance, good governance, and women’s entrepreneurship attended by representatives of the Cameroonian government, US, amongst others.

Speaking at this event which was in its 7th edition, Peter Henry Barlerin, said “I want to particularly thank the representatives of the American enterprises present here. We are glad to announce that the total amount of commercial exchange between America and Cameroon has reached $366 million in 2018, the Ambassador said as related by source.

He went on that the trade exchanges between the two countries have had an increase of 32% in 2018 compared to 2017. therefore, means an increase by a factor of 10, he said, adding that the partnership between the enterprises of America and Cameroon is good for Cameroon.

On his part, Minister Magloire said America is a major partner to Cameroon, adding that the Cameroonian Government is committed to improving the business climate in order to give fresh momentum to the productive sector and private initiative for better competitiveness. Going forward, the Trade Minister said, “We need American companies to work with us.”

Our source also hinted that Michael Fitzpatrick, a Consular Officer at the Embassy also highlighted on business and tourist visas. In the buil-up, on Wednesday, February 20, 2019, Rahama Wright, Founder and CEO of the Beauty Brand Shea Yeleen, an American-based network presented topical issues. She talked on starting a business for students and teachers of the Cameroon Center for Information and Communication Technology (CITEC HITM) in Yaoundé.

Rahama described the steps that her business took, from a single idea to a flourishing social impact company that sells in American grocery stores. Rahama Wright ed Cameroon on the invitation of the US Embassy, as one of the guest experts on “Doing Business with the United States” at the PROMOTE Trade Fair.

Dr. Martha Egbe, Director of CITEC, while reacting to Rahama’s dissertation said; “I never thought you could start a business without a lot of money. We are grateful to Rahama for opening our eyes to the realities of the business world.”

A National Telegraph’s pen pal at the Embassy also noted that Cameroon’s Prime Minister Joseph Dion Ngute visited the Embassy booth at Salon Promote on Wednesday, February 20, 2019, where he was welcomed by the Ambassador. 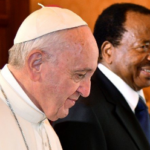 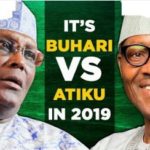