Chief Dr Joseph Dion Ngute, a Cameroonian politician currently serving as the 9th Prime Minister of Central African country, has been commissioned by the country’s President Paul Biya to preside at an homage ceremony in the country’s West Region, National Telegraph has confirmed.

The Prime Minister will visit Bafoussam, Saturday November 9, 2019, to pay tributes to those who died in a landslide incident, a press release signed by the Governor of the West Region Awa Fonka Augustine, Tuesday November 5, 2019, says.

The government of the Central African country last week announced it was disbursing two hundred million (200.000.000) F CFA to victims and families of the landslide.

A total of 150 families will be relocated and will receive the sum of 100 million F CFA for their relocation, the Minister of Territorial Administration, Paul Atanga Nji who was bearer of a message from President Paul Biya said in Bafoussam, Wednesday October 30, 2019.

Another 100 million F CFA for will be disbursed to families whose loved ones died for the organization of their funerals, National Telegraph on-the-ground secret stringer hinted. President Paul Biya also confirmed the amount on his Facebook page.

The government also formed an inter-ministerial commission of three ministers following the landslide. The Minister of Housing and Urban Development (Mindhu) – Célestine Ketcha Courtès , Minister of Agriculture and Rural Development (Minader) – Henri Eyebe Ayissi, and Minister of Public Health (Minsante) – Manaouda Malachie were all grouped into one commission to visit the site.

The total number of casualties in the landslide have increased and recent updates, Wednesday October 30, 2019, from the site at Gouatchié IV, the precise quarter in Bafoussam where the incident took place put the dead bodies at 43, one up from the 42 by the close of Tuesday October 29, 2019.

National Telegraph gathered the incident happened at about 10:30 pm Monday October 28, 2019, at Gouatchié IV, a quarter in Bafoussam Troisieme or III Sub-division. 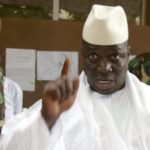 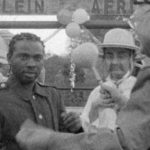