Joseph Dion Ngute, the just-appointed Prime Minister (PM) of the Republic of Cameroon, a Central African country has lost one of his brothers, National Telegraph has been told.

Reports say Peter Ngute was in Takoma Park in Maryland for two months before he traveled to Houston, Texas and died two weeks after he left Maryland.

Peter is said to have died from Hypertension. He collapsed and died in the residence of one of his aunts, in Houston, Texas, a source said. Our source added that Peter died before any help at resuscitating him came.

Peter’s mother hails from the Mbonge area in Meme Division and the father from Bongogo I in Ndian, all of Cameroon’s South West. According to family sources, Peter was married to a woman from Lebialem, Bebong Florence, a nurse, who’s currently the Chief of Centre at the Integrated Health Centre of Barombi Kang, in Buea Road, Kumba.

Peter arrived in the United States in October of 2018 after getting married to a New Jersey lady of Nigerian ancestry with Cameroonian Nationality. According to reports, Peter who’s the last of the later moved from New Jersey to Maryland after issues with his new wife. He would later move to Houston, Texas only two weeks ago where he has finally died.

Peter’s corpse, National Telegraph is told has been preserved in a morgue in Houston pending burial arrangements. His death, we learned has come as a big blow to Joseph just weeks after being appointed .

Dr. Joseph Dion Ngute is now serving as the 9th Prime Minister of Cameroon, following his appointment in January 2019 when he succeeded Philémon Yang. Joseph is a Cameroonian politician who’s also Chief of Bongogo I. The PM’s Bongogo I residence was burnt down just before his appointment. 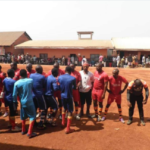 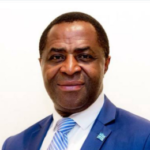