Cameroon’s Minister of Sports and Physical Education, Prof Narcisse Mouelle Kombi says he will be in the trouble-hit South West Region of Cameroon between Friday, February 22, 2019, and Saturday, February 23, 2019.

Following a communiqué from the General Secretariat of the country’s Sports Ministry in Yaoundé, Cameroon’s capital, Narcisse would embark on a 4-day working visit to the Littoral and the South West regions of the country to examine the rate of progress of works on the sites to host matches and activities related to the 2021 African Cup of Nations AFCON.

Cameroon was recently denied hosting rights of this year’s event by the Confederation of African Football (CAF) citing infrastructures and insecurity, Ahmad Ahmad, CAF’s president said after a meeting of its executive committee in Accra in November of 2018.

The AFCON project sites in Douala the Japoma Sports Complex, the Douala Reunification Stadium, the Bonamoussadi Training Ground and Stade de Mbappe Lepe, as well as hotels, health services, transport infrastructure, which failed to meet completion for AFCON 2019, would be visited, National Telegraph has read from the bulletin.

In the trouble-hit South West Region, the main football pitch found in the seaside resort town of Limbe, in Fako Division, with two training pitches in Limbe, the Middle Farms and the Centenary Stadium have been programmed.  In Buea, regional headquarter, the training pitches in Molyko and Buea Town would be visited.

Buea has been rocked by repeated and fierce gun battles lately, with enormous material damage and loss in human lives, National Telegraph has been told. Separatists have also called for a boycott of the Race and even went ahead to declare a lockdown of the Buea and the entire Fako Division to frustrate the Race. 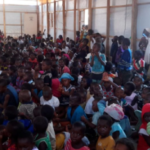 US Biggest Medical Provider To Cameroonian Refugees In Nigeria Begins Another Campaign. 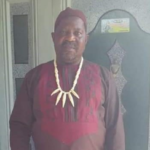