Cameroon’s Minister of Sports and Physical Education, Prof Narcisse Mouelle Kombi has wrapped off inspections of some pitches in Cameroon’s restive South West Region, Friday, February 22, 2019, a source at the event has told National Telegraph.

The Minister could only sneak into Limbe, one of South West’s trouble-hit towns, our source said. The Minister, National Telegraph is told was spotted stepping out of an vehicle belonging to GPIGN, a special military regiment of Cameroon’s national gendarmerie, a defense department of the Cameroon armed forces.

A National Telegraph secret stringer at the event said South West Governor Bernard Okalia Binlai was sitting closest to the Minister and had proposed the special car be used after Ambazonia militias attacked his convoy en route to Kumba eleven (11) days ago.

Our source went on that the Minister’s convoy experienced the tightest security ever seen of a visiting top official to the troubled Anglophone regions since the beginning of an armed conflict rocking the two English regions.

All defense departments including a special unit of the National Gendarmerie (GPIGN), the Rapid Intervention Battalion (known in French as BIR), police and the marine displayed visibly war-type artillery while they guarded the Minister.

The main football pitch found in the seaside resort town of Limbe, in Fako Division, with two training pitches in Limbe, the Middle Farms and the Centenary Stadium were inspected by the Minister, National Telegraph has been told.

Narcisse then moved to Buea, regional headquarter where he inspected the training pitches in Molyko and Buea Town and later presided at a ceremony for the opening of this year’s Mount Cameroon Race of Hope.

Cameroon’s Sports Ministry is doing everything within its power to ensure every infrastructure and logistic is ready before 2021 when the country is expected to host the African Nations Cup (AFCON).

Cameroon was recently denied hosting rights of this year’s AFCON by the Confederation of African Football (CAF) citing infrastructures and insecurity, Ahmad Ahmad, CAF’s president said after a meeting of its executive committee in Accra in November of 2018.

The South West has been rocked by repeated and fierce gun battles lately, with enormous material damage and loss in human lives, National Telegraph has been told.

Pro-Independence fighters fighting to restore what they call the Statehood of former British Southern Cameroons have also called for a boycott of the Race and even went ahead to declare a lockdown of the Buea and the entire Fako Division to frustrate the Race.

The Minister visiting in cars was a preemptive measure, a source said citing previous attacks on government officials. At least four soldiers were wounded after Pro-independence fighters attacked the convoy of the Governor of the South West on Tuesday, February 12, 2019

Governor Bernard Okalia Bilai was en route to Kumba, a war-torn town in Cameroon’s South West Region where a government hospital was burnt down, Monday, February 11, 2019, before his convoy was attacked. Okalia convoy had been attacked in Lebialem, another restive South West district where a soldier was killed and several others wounded.

In Small Ekombe, another restive South West town, the convoy of the Minister of Defense, Joseph Beti Assomo was attacked leaving some soldiers wounded. Several other top government officials have been as well attacked in the North West.

The two English-speaking regions of the North West and South West have remained tensed following an armed conflict in which the majority of the Anglophones are asking for an Independent state called Ambazonia.

AFCON project sites in Douala, a town in Cameroon’s Littoral Region were visited by the Minister before he moved to the restive South West, National Telegraph has learned.

The Japoma Sports Complex, the Douala Reunification Stadium, the Bonamoussadi Training Ground and Stade de Mbappe Lepe, as well as hotels, health services, and transport infrastructure, which failed to meet completion for AFCON 2019, were also visited. 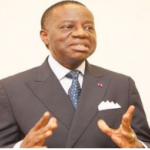 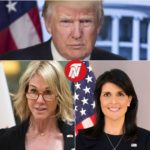 How can you represent to the whole world that the race will hold and there is enough security for all athletes, when you the minister of sports sneaks into Victoria / Limbe in an armoured vehicle? What sort of sick ? joke are you, mr minister trying to pull on the international world? If I were amongst the athletes, I will not allow myself to be led to a free slaughter slap.
The CAN was cancelled and taken away from Cameroon because insecurity was a primordial reason. International Community, do not allow your citizens to go get slaughtered. That region is a war zone.

Excellent job restoration forces. Because of your dedication, the terrorist for LRC were forced to stage an “Armoured Car Race of despair”. I could not stop laughing looking at their sorry faces.

The only thing I saw smiling in past-tense was the plastic image of LRC strong man Biya. The expression of the ladies holding grandpa’s images says everything:
“Please, this disgrace should come to an end quickly, our boyfriends are waiting”

The right images we wanted are out. Biya is the laughing stock, they made ridicule of themselves.