The Supreme Court of Cameroon, the country’s highest judicial body has received a special document on the case of ten Anglophone separatist leaders held in detention at Kondengui, a detention facility in Cameroon’s capital, Yaounde, National Telegraph has been told.

On Thursday May 16, 2019, the Court of Appeal of the Centre hurriedly held a court session and handed a ruling, dismissing the appeal case of the separatist leaders in order to give the Military Court the jurisdiction to try the separatists, Barrister Fru John Nsoh, lead defense lawyer for the leaders of the Anglophone Separatist Movement has siad.

Despite the ruling of the Court of Appeal, the Ambazonia leaders who were due to appear at the Yaounde Military Court, Friday May 17, 2019 boycotted the session alongside their lawyers on the lack of jurisdiction of the Military Court to try the matter.

Barrister Fru told National Telegraph late Sunday May 19, 2019 that the Court of Appeal didn’t serve his clients a Service of Process but instead went ahead to hear their matter in their absence in order to enable the Military Court to hear the matter.

The lawyers have now said the Appeal is interlocutory and stay proceedings; meaning the Court Court is not supposed to hear the matter until the Supreme Court decides on it, Barrister Fru explained, adding that they would be filing a Memorandum and Grounds of Appeal, Tuesday May 21, 2019.

Sisiku Ayuk Tabe Julius and eleven others were arrested in Nera, a hotel in Abuja, Nigeria on Friday, January 5, 2018. Ten of them would later be extradited to Yaoundé, Cameroon’s capital, an act that has been described as a bootleg.

They’re being accused of fueling an armed conflict that has broken out in the two English-speaking regions. They’ve all denounced their Cameroonian Nationality, insisting that they’re of Southern Cameroons aka Ambazonia, a self-proclaimed new nation. 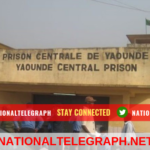 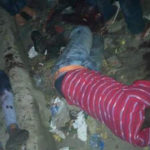