Human Rights Watch (HRW) said Friday, May 1, 2020, the suspension of a university lecturer’s classes in Cameroon has raised fears that the government wants to silence those who dare raise the subject of the country’s Anglophone crisis.

HRW is an international non-governmental organization, headquartered in New York City, that conducts research and advocacy on human rights.

The Cameroonian Human Rights Lawyer and Lecturer at the Faculty of Laws and Political Science in the Department of English Law is suspended, a release from the country’s Minister of Higher Education has confirmed.

On March 13, 2020, Nkongho set examination questions for a 6-credit course – Law 243, Political and Constitutional History of Cameroon written at the campus’ Amphi 600.

The 3-question exam paper had a compulsory question in its question one for 40 marks. “The Anglophone Crisis since 2016 was caused by the lawyers’ and teachers’ strike.” Assess the validity of this statement, Nkongho quizzed.

The country’s Higher Education Minister, Jacques Fame Ndongo on April 20, 2020, sent a telegram to the University’s Vice-Chancellor, Prof Ngomo Horace Manga, ordering the suspension of Nkongho, owing to the fact that such a question was out of place.

The legal luminary confirmed to National Telegraph, early Thursday, April 30, 2020, that he actually set the question. The Minister’s action will not only cause a huge vacuum in the University with the absence of such a fine lecturer but, pundits say will also auction the already cracked system to more criticisms.

Cameroon’s still embattled by an armed conflict in its two English-speaking regions of the North West and South West South where rebels are fighting to restore the statehood of Southern Cameroons Ambazonia.

Agbor-Balla was arrested in January 2017 for leading peaceful protests in Buea along with other Anglophone activists. Charged by a military court under the anti-terrorism law, he was eventually released in August 2017 and all charges were dropped, HRW said.

Such high-handedness caused by the same marginalization of citizens of these two regions to the now full-scale war that has completely destabilized the Central African country, causing its already struggling economy to further deplete. 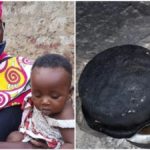 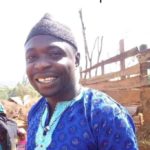