Camrail, a company operating passenger and freight traffic between the cities in the Central African country of Cameroon has decried the poor state of rail tracks, blaming it on the Anglophone crisis.

Residents around the railway passing through quarters in Douala the capital city of Littoral Region hosting major rail tracks from Mbanga another Littoral town have been asked to keep the environment clean and neat and avoid dumping filth along the railway.

A team of delegated members of the company have been calling on residents within these quarters not to use the railway as a dump site and urge them to clear all garbage along the railway line.

Through Sunday March 16, 2019, to now, inhabitants especially around Bonaberi, a major precinct in Douala precisely at Ngwele Quarter, came out in their numbers to respect Camrail’s orders.

According to report gathered by National Telegraph, for over seven (7) months now, due to the crisis in the two English-speaking regions of the North West and South west, traveling by train from Kumba in the South West to Mbanga and Douala in the Littoral was prohibited.

The consequences of this prohibition is an abandoned railway wrapped in filth and more filth. The railway line from Mbanga to Douala has long been abandoned causing residents around the area to now use it as a dump site, a source told National Telegraph.

It is in this light that Camrail has embarked on a series of campaigns to get the railway tracks maintained, comparing its status quo to the existed one before the crisis that hit the two Anglophone regions of the country. They have decried the Anglophone crisis, saying it’s responsible for the present situation.

The armed conflict in Cameroon’s two English-speaking regions of the North West and South West began in October 2016 as a disagreement in language but government mismanaged it, turning it into a demand by majority of Anglophones for a separate state called Ambazonia.

Gun battles have ensued and the government has been accused of numerous Human Rights violation, including targeted killings. Insecurity has increased and life is near hell in these two regions. In all these, business, transportation and other activities across the country have been greatly affected. 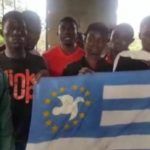 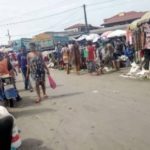 Interesting, but the government of LRC said everything is fine.

It’s already this bad with just only a crisis, just imagine how catastrophic it’s going to get when Ambazonia is
totally liberated.

What kind of train travels on that railway, even the Lucky Luke type won’t go by.

This is what we call separation by default. This is good news even though this fall short of what should have been done. PLEASE, dismantle all of the railway tracks from where you leave LRC into Ambazonia. That is a good start for the separation. Do you hear any Ambazonians complaining about the bad state of the Babadjou road–absolutely not because that road is not in Ambazonia, it is not our concern.

The railway track from Kumba through Ediki to Mbanga should be uprooted.

We need railway transportation from Victoria through Kumba through Konye through Manyemen through Bachuo Akagbe through Widikum through Batibo, Bali, Bamenda till we get to Nkambe.